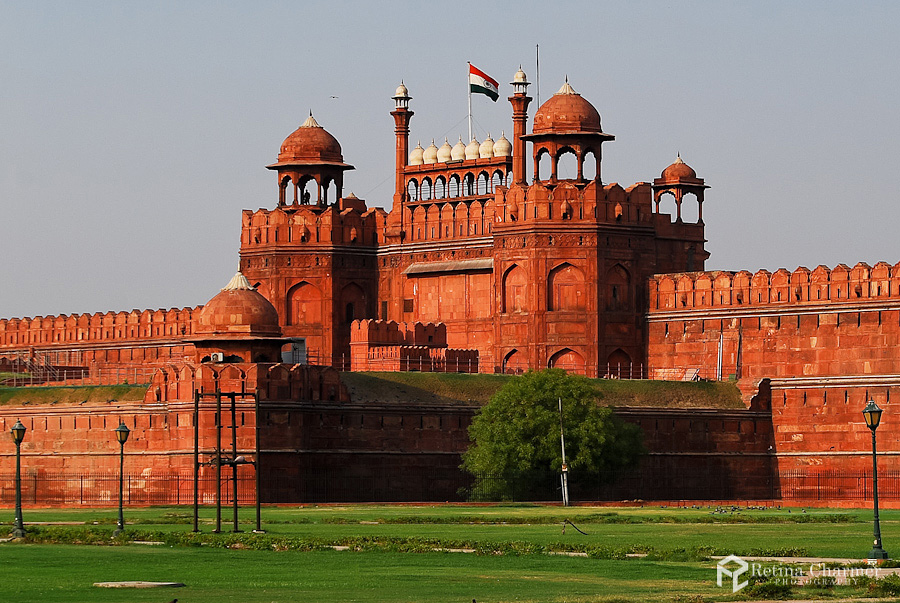 The Royal families of India may have lost their privy purses and position of authority as rulers of their states but, they have now decided to use one privilege that is the constitutional right of every citizen of India, the freedom to express their opinion and to seek answers from the democratically elected government.

They have chosen to do so this time by writing an open letter to the Prime Minister, Narendra Modi questioning the government’s decision to lease out the maintenance of the Red Fort in Delhi to a private enterprise, Dalmia Bharat.

The move by the government has face a huge resistance from the public as well as the Opposition. Many have worried about the limit to which the private enterprise can make changes to the fort because, they have been granted the right to advertise within the premises and in its vicinity. Some have even argued to the extent that it may be turned into a cement godown by the cement manufacturers.

There’s a huge difference between Dalmia adopting, say, a haveli in Old Dilli and adopting the Red Fort itself.Tier 1 monuments are a nation’s crown jewels. They should not be played around with. Its even more worrying that corporates cannot be held responsible for any damage.

Many have questioned the GoI’s ability to take care of the country’s heritage and have criticized its ‘Monument Mitra’ scheme that plans to put out more historical sites and monuments for adoption by private organizations under their CSR schemes for maintenance and upkeep. Many see it as a sellout by the government. The sentiments are soaring along with the temperature in the Capital.

The letter by the Indian Royals consortium somewhat resonates with this same feelings. Here’s the open letter to the PM by them,

Greetings from Royals Of India, a Voluntary Convergence of 350+ Indian Royal Families, for private common cause. It is a great occasion for us, since we write to you, and one which we would prefer to be avoidable. Nevertheless, a dialogue can only mean a good thing, unless it is not responded to and becomes a monologue.

The recent order of the GOI to give away the Historic Monument of Red Fort for ‘adoption’ to a private business house has caused a lot of anguish & distress among the citizens. Imagine how nerve wrenching it is for Royal Families, whose ancestors have built them, and others who fear that this will set a very disturbing precedence. We categorically state our opposition to this act and any others alike so that Indian Heritage may be preserved, and not just preserved but done in the right way.

Royals Of India has been in existence for many years now and yet we’ve made deliberate efforts to keep ourselves private and away from public gaze. Never vocal or visible in public matters, we would have liked to keep it that way, except for the fact that we are presented with Sophie’s Choice, where the challenge is to speak up and break our norm or give away something we hold dear by observing silence. Today we make an exception, to be vocal, with your kind permission.

Governments are expected to be custodians in these key areas:

o Public Wealth – any property that is of use to the public at large. Proper commercialization for generative purposes in a broader context is welcome.

o Well being – Policy formulation for general well being of citizens and running of the nation. Quasi Commercial area where financial consideration meet social cause.

o Heritage & Beliefs – This is an area where sentiments should be preserved vociferously. It is here that we disagree with you in context with the value & belief systems in India.

Now comes the hard part where I need to be polite in questioning the move yet do so forcefully enough to help stop it. Allow me to continue purely with believable logic:

o Absurdity is a path that has no boundaries. If we continue along this path then where do we stop.

o Taken to an extreme, one might be tempted to step on your turf & question the functioning of the Parliament. Since such a waste of time & resources has taken place, would you think along the same logical lines and put Parliament operational functioning for ‘adoption’ by a private business house? But the entire thought from its beginning is absurd, would you not agree, Sir?

o Let’s take a few more steps down this path. A similar logic would suggest that we privatize Police & Jails since so much is horribly wrong with how they are run too. How do you react to the suggestion of their ‘adoption’ by private security companies? Absurd, we agree.

The communication should have traveled across by now. Let us divorce the absurd. Logic fed by strong sentiment forces me to implore that you reconsider. If the Government cannot ensure a world class running of a Historical Monument or its facility, then there are serious doubts about the capability of it. By doing so does your Government accept incompetence in doing so? Given the last few years, I cannot believe that the Government is incapable. So why this move?

Let’s change track and talk co-operation. That would be a positively productive use of this petition & request. Why not collaborate with Royals Of India in such endeavors, especially when many have done a brilliant job of preserving their personal and the country’s heritage & customs.

Royals Of India & I personally can offer some constructive & concrete suggestions to tackle the issue under discussion. If the idea is to push for efficiency & preservation then we are making the right offer to contribute, unless the idea is privatization. Having helped many Parliamentarians & Committees in Policy Initiatives, I do have the necessary experience to assist this cause. Being a co-founder of the only BPO Association of India (BPIAI), you shall find me useful in many ways in resolution of the problem that now confronts us. Thus I deservingly & ably make my offer of assistance, with the active support of a very large number of Indian Royal Families. Assuring you that we will add immense cultural/ heritage/ customs value to Historic Monuments & their running across India, and to their commercial promotion in Tourism/ Hospitality. We can probe further and find ways of discounted loans for restoration/ revival and commercial use of Royal Heritage Properties owned by Indian Royal Families across India. It has the bearings of immense Employment generation locally as well.

Since you are a man who has brought most world leaders (including a difficult Chinese President) to see India’s point of view towards cooperation, my prayer will certainly ring well. I most hopefully look forward to your reply and positive collaborative action soon.

This petition has been shared on change.org as well and anyone who feels that they want to add their weight to the petition can do so by signing on.