Home NM FACT CHECKER You can fill petrol to the maximum limit of your car tank;... 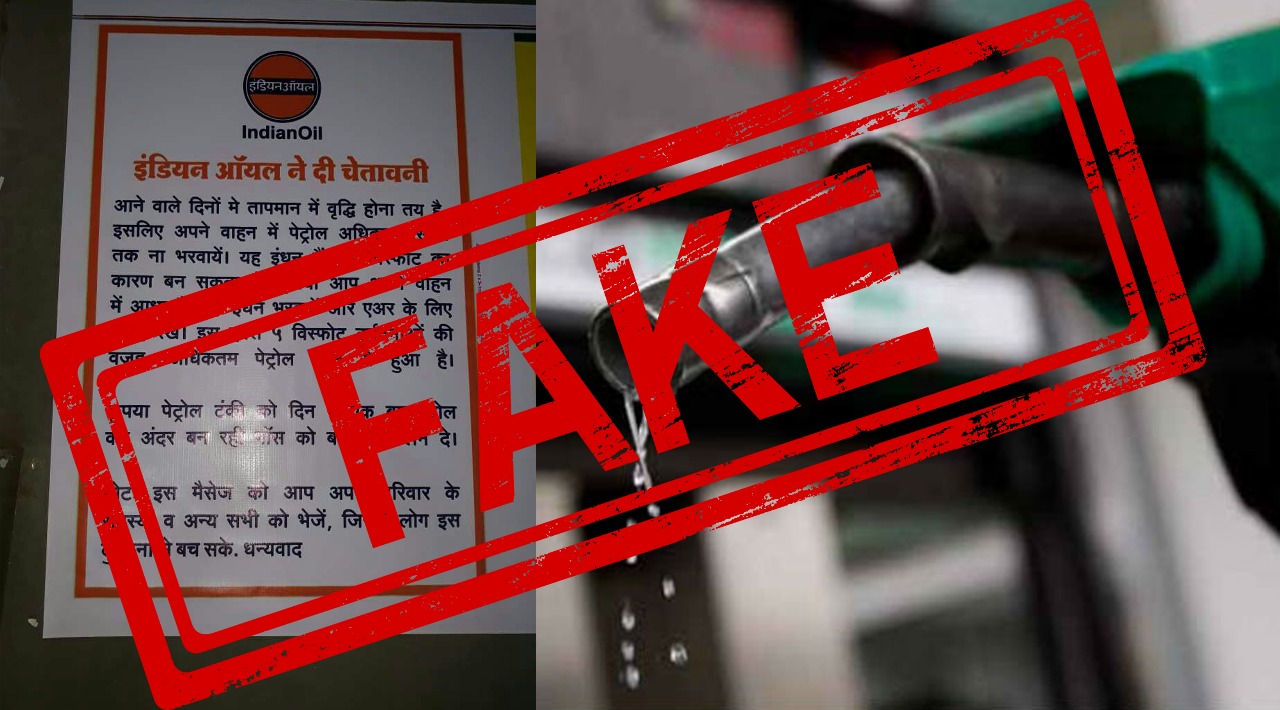 “Due to increase in temperature in next days, please don’t fill petrol to the maximum limit of the tank; it will cause an explosion in the fuel tank. If you want petrol, fill the half and leave half for air.”

This is the latest WhatsApp forward you must have received in past few days. Well, no need to panic as there is no such advisory by Indian Oil.

When the post went viral on WhatsApp, NewsMobile contacted a senior official at Indian Oil Corporation (IOC), and he confirmed that the above post is FAKE and no such advisory was issued by the company.

Meanwhile, IOC also issued a clarification publically which states that ‘Indian Oil would like to disown the statement.’

In its clarification, Indian Oil stated that ‘Automobile manufacturer design their vehicles considering all aspects of performance requirements, claims and ambient conditions with built-in safety factors. The maximum volume specified in the fuel tank for petrol/diesel vehicles is no exception. It is, therefore, perfectly safe to fill the fuel in vehicles up to the full limit (max.) as specified by the manufacturer irrespective of winter or summers.’

NewsMobile is the mobile first media platform that empowers you, entertains you and makes you smarter with its exclusive stories and user generated content selected by our team of award winning journalists and writers.
Contact us: [email protected].in.