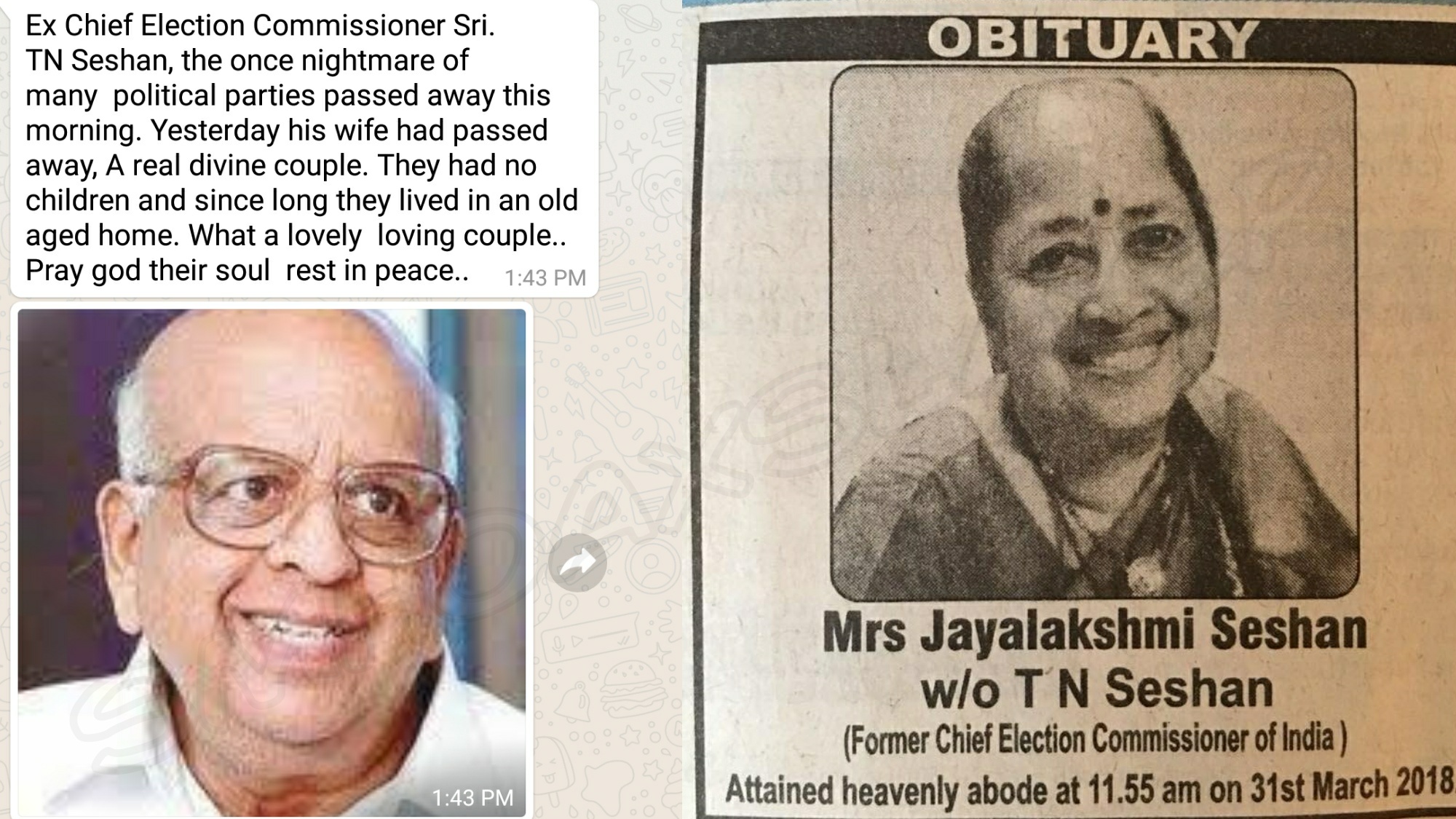 Social Media is all about knowledge coming from all directions and following was the viral post:

“Ex-Chief Election Commissioner Sri. TN Seshan, the once nightmare of many political parties passed away this morning. Yesterday his wife had passed away, A real divine couple. They had no children and since long they lived in an old aged home. What a lovely loving couple. Pray god their soul rest in peace..”

It talks about Former Chief Election Commissioner, TN Seshan, who according to this post passed away and in no time condolences started to pour in on social media.

R I P #T.N. Seshan the man who earned his respect & bought respect to the Institution of EC.The nation has truly lost one of it’s hero.

Ex CEC Sri. T.N.Seshan, once nightmare of many political parties passed away this morning. Tragic thing is , Yesterday his wife had passed away.
A real divine couple. As they had no children , simply they lived in an old age home.
What a loving couple.. ??||
Pray god pic.twitter.com/314cv69FrY

Later it turned out that TN Seshan was very much alive and the above post was FAKE.

The true story behind is TN Seshan’s wife passed away on April 1st not him.

In fact, various reports clarified that TN Seshan is very much alive and his wife passed away.