Home Home Slider As thousands of school kids “March for Our Lives” against gun violence,... 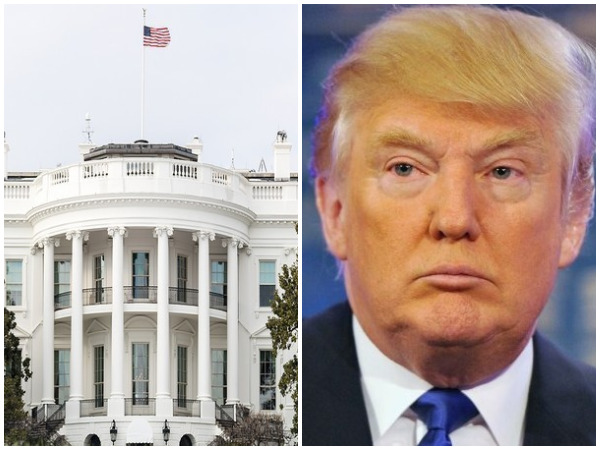 Thousands of Americans “marched for their lives” against rampant gun violence that has become a norm in the country. In Washington DC’s Pennsylvania Avenue, thousands flooded the streets for the “March for Our Lives” demanding tougher gun control laws, in the wake of several incidents of gun violence chalking up to last month’s shooting at a Florida school, which claimed 17 lives.

The hashtag #marchforourlives has been trending on Twitter for last several days.

While the White House has ‘applauded’ the historic and gigantic “March for Our Lives” rally, the President has remained uncharacteristically quiet.

Students from Marjory Stoneman Douglas (MSD) High School in Parkland, Florida have organized the massive protests in collaboration with the nonprofit organisation, “Everytown for Gun Safety.” The motto of the protests is, “Never Again MSD”.

At MSD, 19-year-old Nikolas Cruz, a former student, had claimed responsibility for the shooting as he was expelled from the school for disciplinary reasons. He has been booked on 17 counts of premeditated murder.

Following this, massive protests were held by students across the US to pressurize the Trump administration for tougher gun measures.

The killings re-energized the movement for gun control, creating activists out of young student survivors who harnessed the power of social media to bring global attention to their cause.

“We students have become victims of our government’s glaring inaction, but never again,” Demitri Hoth, a senior at Stoneman Douglas, said at the US Capitol.

“We have come here today to hold accountable politicians and their disturbing inaction. Never again will our voices, students’ voices will be shunned into silence,” Hoth added.

Other celebrities have also contributed to the March for Our Lives event.

Shannon Watts, the founder of Moms Demand Action for Gun Sense in America said that over 800 “sibling marches” are planned around the world.

Elsewhere, the March for Our Lives event were held in other places across the US such as New York, Seattle and Colorado to name a few.

“Keeping our children safe is a top priority of the President’s, (Donald Trump) which is why he urged the Congress to pass the Fix Nics and Stop School Violence Acts and signed them into law. Additionally, on Friday, the Department of Justice issued the rule to ban bump stocks following through on the President’s commitment to ban devices that turn legal weapons into illegal machine guns,” she added.

The Stop School Violence Act would authorize $ 50 million in grant funding for campus safety improvements, including training for local law enforcement and faculty and the development of an anonymous reporting system to identify early warning signs of potential threats.

Both the laws were part of $ 1.3 trillion omnibus government Bill that President Trump signed on Friday.

But, the US President is yet to react to the anti-gun-violence demonstration.

President Trump, who championed himself as a strong supporter of gun rights, has taken several different positions on new legislation in the aftermath of the Florida shooting.

He has proposed arming teachers while backing away from earlier statements about raising the legal age to purchase a semi-automatic weapon from 18 to 21.

On Friday, President Trump ordered the Department of Justice (DOJ) to issue a new rule banning the use of bump stocks, which are generally used to modify semi-automatic weapons so that they can fire more rapidly.

The decision comes after a letter was sent by Republican senators in October last year urging the administration to review the decision after a mass shooter used the device killing 58 people at a country music concert in Las Vegas.

It was the deadliest attack to ever take place on US soil, since the 9/11 attacks in 2001.

Last week, students from more than 3,000 schools took to the streets from Washington to Los Angeles and from New York to Parkland on National Walkout Day to call for action against gun violence.

Many US Congressmen have also called in support of tougher gun control measures across the country and have shown solidarity for the “March for Our Lives” event.

The former US Secretary of State and 2016 Democratic presidential candidate, Hillary Clinton showed her support of the march.

“Listening to the students from Parkland and across the country today is a reminder of what is possible when our future is in the right hands, and when we match inspiration with determination”, she wrote on Twitter.

Former US President Barack Obama also tweeted in support of the protest.

“Michelle and I are so inspired by all the young people who made today’s marches happen. Keep at it. You’re leading us forward. Nothing can stand in the way of millions of voices calling for change,” Obama wrote on the micro-blogging site.

Florida Senator Marco Rubio also weighed in his support for the “March for Our Lives” rally, advocating for tougher gun control measures in the US.

“Today many are peacefully exercising their #1A right to march for gun ban. Many support gun ban. But many others see it as infringement of #2A that won’t prevent shootings. Protest is good way of making a point, but making a change will require both sides finding common ground,” Rubio tweeted.

Civil rights activist and Republican lawmaker, John Lewis speaking at a march in Atlanta, said that he is “proud” to wear an “F” rating from the National Rifle Association, which bore failing grades from the powerful gun rights lobbying group.

The NRA’s influence on lawmakers has come under particular scrutiny in the aftermath of that shooting, with protesters and gun control advocates calling out politicians who have taken campaign contributions from the group.

Here are some glimpses of the march held across USA,

A student from North Texas high school in Dallas was passionate about the gun violence movement.

This North Texas high school student was so passionate about the cause. Here’s why he marched today in Dallas #MarchForOurLives @wfaa pic.twitter.com/tayxmkabgi

A huge turnout was witnessed in Colorado Springs.

Solid turnout at the #MarchForOurLives in Colorado Springs. pic.twitter.com/z7KfE2Jot5

A similar walkout against gun violence by the New York citizens was captured by a Twitterer.

Massive protests were also held in Charlotte in North Carolina.

Back from a high energy #marchforourlives in Charlotte NC & now watching the March in DC. pic.twitter.com/th1wiMRpgl

Another user from New York posted a strong message against gun violence.

Massachusetts Senator, Elizabeth Warren joined protesters in her home state, and posted several photos of herself surrounded by throngs of demonstrators in Worcester and other cities across her state.

“Surprise stop in Worcester to thank our student #MarchForOurLives organizers!” she tweeted.

Many Democratic and Republican lawmakers are supporting the massive protests against gun violence and have called the Trump administration to address the issue soon.

Last week, students from more than 3,000 schools took to the streets from Washington DC to Los Angeles and from New York to Parkland on National Walkout Day to call for action against gun violence.

Organized by Empower, the youth arm of the Women’s March movement, the walkouts are the latest show of activism by young people who are now wading into the gun-control debate.