Home Home Slider Earth Hour observed worldwide, India too joins in, blacks out for an... 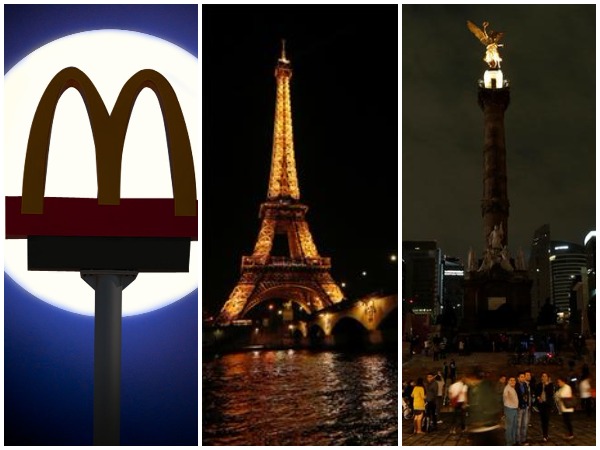 Earth Hour is observed worldwide by switching off electricity for an hour at 8.30 pm to increase awareness about climate change. A blackout is witnessed every year on a specific day in March for an entire hour from 8:30 pm in different continents according to their time zones.

The message of the 2018 Earth Hour is plain and straight – more action needed for combating climate change.

Many countries observed the event by switching off lights in residents and at various historical cites and monuments.

Singapore’s Marina Bay Sands Hotel and Resort observed the Earth Hour and switched off all its lights, as did Skytree in Tokyo.

In Australia, the entire lighting system at Sydney Harbour Bridge and Opera House was turned off.

Various other global landmarks, including Beijing’s Bird’s Nest Olympic stadium, the Eiffel Tower in Paris, the Pyramids of Egypt and New York’s Empire State Building, also took part in the noble cause.

International fast food franchise, Mc Donald’s have also extended their support to the cause, as various outlets across the United States and Europe dimmed their lights. They have displayed a notice outside their outlets which reads out as “Our lights will be out, but we’re still open to serve you this Earth Hour”.

The concept of observing Earth Hour started in Australia in 2007 and is now observed in 187 countries by turning off their lights at 8:30 pm as per their local time.

India observed the Earth Hour 2018 yesterday by switching off or dimming the lights of important government buildings and historical monuments for an entire hour.

In Delhi, the lights were dimmed at Rashtrapati Bhawan and the North and South Block of the Central Secretariat for an entire hour from 8:30 to 9:30 pm.

India Gate too was plunged into darkness.

In Mumbai too the lights at the Gateway of India were dimmed.

Highlighting the issue and speaking on the importance of the Earth Hour, the Union Minister of Science and Technology, Dr Harsh Vardhan requested people to form a habit to conserve resources.

“We have to take steps to save our nature, biodiversity and the earth. We must judiciously use the resources,” he said.