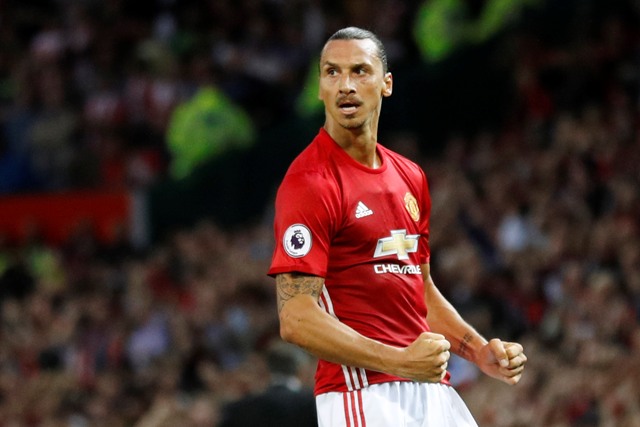 Zlatan Ibrahimovic has confirmed that he has signed for the Los Angeles Galaxy, confirming reports in various media.

Taking to Instagram, Zlatan wrote:
Great things also come to an end and it is time to move on after two fantastic seasons with Manchester United. Thank you to the club, the fans, the team, the coach, the staff and everybody who shared with me this part of my history. #foreverred.

Great things also come to an end and it is time to move on after two fantastic seasons with Manchester United. Thank you to the club, the fans, the team, the coach, the staff and everybody who shared with me this part of my history. #foreverred

The post sees Zlatan, seemingly bringing heaven and hell together, as he’s dressed in a toga and looking quite Biblical and he’s either arm-wrestling or shaking the hand of a Red Devil.

Hours after reports in Britain said Ibrahimovic had played his last game for Manchester United, Sports Illustrated reported on its website the Swedish star had inked a deal with the Galaxy. The report said the transfer would be announced in a full-page advertisement in Friday’s edition of the Los Angeles Times.

MLS rules allow clubs to sign three designated players who are not subject to salary limits, a rule introduced when David Beckham arrived in the league in 2007.

However because the Galaxy have already signed their designated players for the 2018 season, Ibrahimovic’s salary will be limited to around $1.5 million according to the Sports Illustrated report.

That represents a fraction of the reported 19 million pounds ($26.8 million) a season Ibrahimovic was paid after signing for United from Paris Saint-Germain in 2016.

The Galaxy have a history of luring ageing stars to America with David Beckham, Steven Gerrard and Robbie Keane among those to have made the move to Los Angeles. Ibrahimovic, 36, hasn’t featured at all for Jose Mourinho’s United side since being substituted at half-time in a 2-2 draw with Burnley on December 26.

The Swede scored 28 goals in 46 appearances during a stunning first season in England before tearing knee ligaments in a Europa League tie against Anderlecht in April.

His form was rewarded with an extension of his contract for a second season, but the 75 million ($105 million) signing of Romelu Lukaku saw him slip down the pecking order at Old Trafford.

His reported arrival in MLS comes at a time when clubs are increasingly turning away from the recent practice of signing veteran European stars already into their 30s. Several clubs have instead found success by looking to sign younger players from South America who view the league as a potential springboard for a move to Europe.

Although the Galaxy are the most successful club in MLS history with a record five championships, their fortunes have dipped sharply in recent seasons. Last year the club finished bottom of the Western Conference with only eight wins from 34 games.

It was only the fourth time the club had failed to reach the playoffs, and the first time it finished with the league’s wooden spoon.

The Galaxy’s aura has also been diminished by the arrival this year of expansion side Los Angeles Football Club — who could potentially be Ibrahimovic’s first opponents when the Galaxy meet the team in a derby clash on March 31.