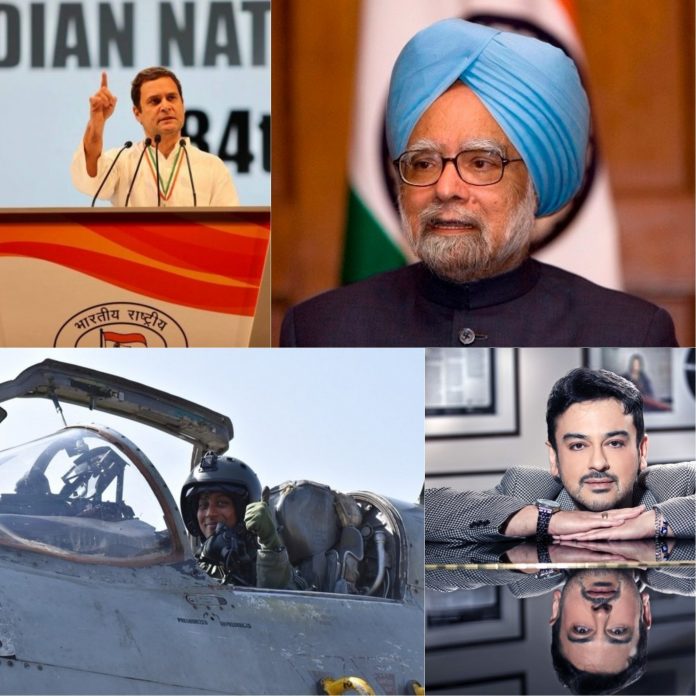 Indian economy is messed up because of BJP, says Manmohan Singh

Former prime minister Manmohan Singh on Sunday said that the current state of economy shows that the Bharatiya Janata Party (BJP)-led government failed to fulfil promises it made.

Even as tension mounts between the neighbors India and Pakistan with recalled ambassadors, border violence and trading insults at the UN, the soulful singer, Adnan Sami who is now an Indian citizen for a while and lives in Mumbai, posted a good wishes on the occasion of Hindu new year this morning like many across India.

Indian pacer Mohammed Shami’s wife, Hasin Jahan has appealed to the West Bengal Chief Minister, Mamata Banerjee to meet and listen to her side of the story in regard to her allegations against her husband.

After Flying Officer Avani Chaturvedi, it is Flying Officer Bhawana Kanth’s turn to create history by becoming the second woman pilot of the Indian Air Force to fly solo in a fighter aircraft.

Even as his lawyer has sought to legally close the Russian probe today, the United States President Donald Trump, in a series of tweets, said that special counsel Robert Mueller’s investigation into possible collusion between the Trump campaign and Russia should never have been opened in the first place.