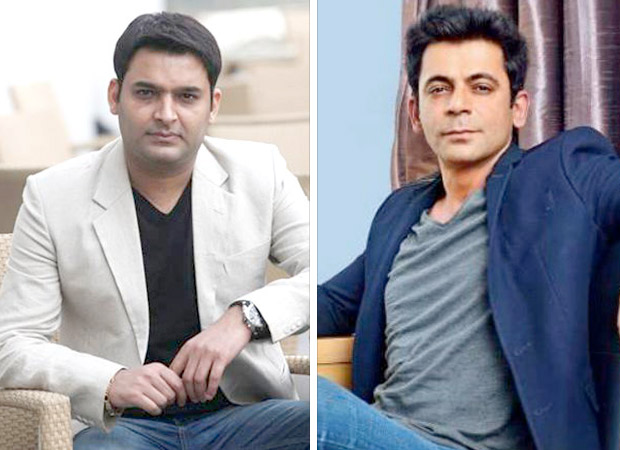 Days after Kapil Sharma announced the name of his a new show, a new spat has broken out between him and his former colleague, Sunil Grover. This time on Twitter. Sunil Grover in repose to a fan’s tweet said that he was not approached for his co-comedian Kapil’s new show ‘Family Time with Kapil’.

Rubbishing this claim, he accused Sunil of lying and spreading rumours. Kapil Sharma said he called Sunil over a “100 times” and went to his residence to meet him. However, Kapil alleged Sunil was never around and that he should stop spreading rumours.

Paji I called u more then 100 times n came to ur house to meet u twice .. every time u were out for some show n all .. pls don’t spread rumors that I didn’t call u.

Lashing out at Sunil he further said, “I know the people who r working behind u .. trust me .. u will get nothing .. take care.”

I know the people who r working behind u .. trust me .. u will get nothing .. take care

Don’t want his support .. but at least he should not spread rumors.. m tired of all this.

After Kapil’s comment, Sunil wrote a note to his fans stating the reason to why he never wanted to be on the earlier show

The thing is u r smarter then me. u know when n how to play .. n I am a dumb emotional.

It’s quite clear from their war of words that none of the parties are ready to let the matter slip. Their infamous rivalry started off last year when Sunil left Kapil’s show. Apparently, they had a fight on the plane while they were returning from Melbourn. Kapil will be returning to television with his new show ‘Family Time with Kapil’ this year and though Sunil Grover did mention signing a show, the detailed of the show are still awaited.