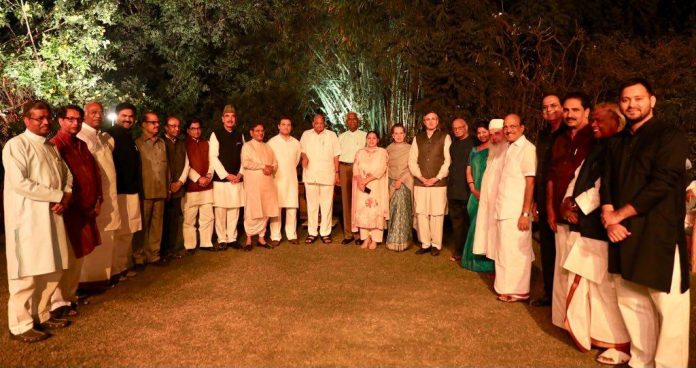 That the Congress Party is in a churn is no secret. It has now hinted at possible alliances for the upcoming general elections next year. The Congress Party released a statement yesterday saying it would adopt a “pragmatic approach for cooperation” with like-minded parties in a bid to defeat the BJP-RSS in the 2019 elections.

“Congress will adopt a pragmatic approach for cooperation with all like-minded parties and evolve a common workable program to defeat the BJP-RSS in the 2019 elections,” it made known through its political resolution.

The Congress also raised the EVM issue in its political resolution and said, “The Election Commission has the constitutional mandate to ensure free and fair election and that both the voting and counting process must remain transparent to retain people’s faith in the integrity of the electoral system.”

It further stated that there are apprehension among the political parties and the people over the misuse of EVMs to manipulate the outcome contrary to the popular verdict.

In its resolution, the Congress also called upon the Election Commission to revert to the old practice of paper ballots to ensure the credibility of the electoral process.

Earlier today, Rahul Gandhi, while addressing the 84th Plenary Session and his first as the party president, asserted that it is the Congress Party, who can “show the way and take the nation forward”.

The general elections are due to be held in April or May 2019 to constitute the seventeenth Lok Sabha.