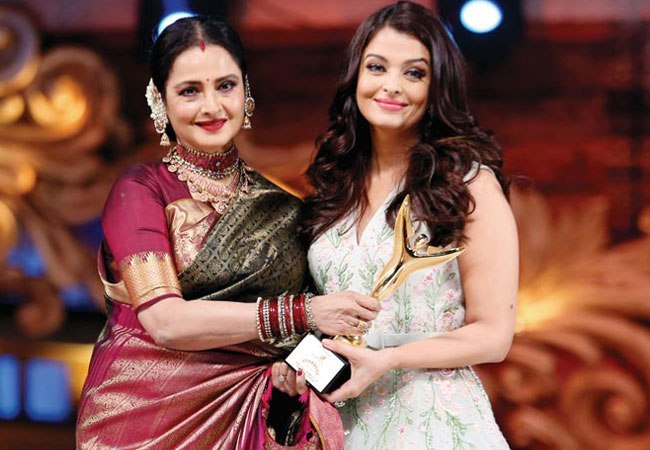 Bollywood’s leading ladies, Aishwarya Rai Bachchan and Rekha share a strong bond of friendship and respect towards each other.

Rekha has always seen praising Aishwarya’s work whenever an opportunity arose and her heartfelt letter to the ‘Fanne Khan’ actor is yet another proof.

While addressing Aishwarya as “My Ash,” Rekha says that a woman like her — who is in harmony with her spirit like a flowing river — can never remain stagnant. Aishwarya goes where she wants to without pretending and arrives at her destination prepared to be herself and only herself, the ‘Khubsoorat’ actor further adds.

Rekha further adds that people may forget what Aishwarya said or did, but they will never forget how she made them feel. While calling her a living example of what true courage is, she adds that Aishwarya’s deep strength and pure energy introduces her even before she speaks.

The worst thing that Aishwarya ever did, according to Rekha, was to be present with the “present” with gratitude.

While fondly calling Aishwarya her “baby,” she acknowledges the fact that she has come a long way while facing many hurdles. However, she has rose like the phoenix that she really is.

Rekha concludes the letter by stating that she cannot possibly pen down in words how proud she is of the “little cool moon-faced girl,” who took her breath away the very instant she laid her eyes on her.

Rekha’s most appreciated role of Aishwarya’s is the role of the complete “Amma” that she is to her daughter, Aaradhya.