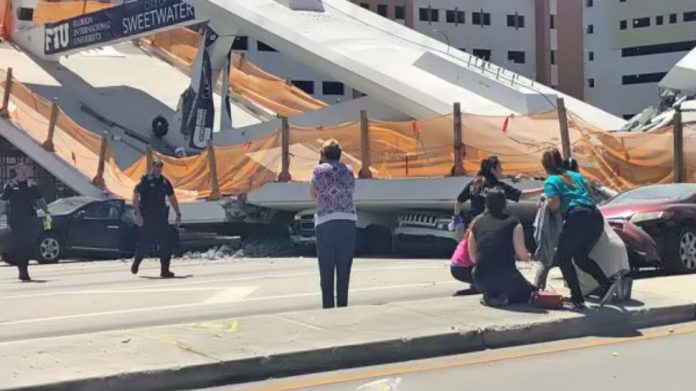 Near Florida International University in Miami, a pedestrian bridge just collapses on Thursday, trapping several people under it.

As per local media report, the bridge collapsed on Thursday afternoon at a time when the road was moderate. However, numerous cars were smashed as the bridge came crashing down. Both drivers and pedestrians, who were crossing the intersection at the time, were trapped.

Soon, rescue and relief operations began and traffic on the road and adjoining roads were halted. Several onlookers as well were being restricted to a safe distance as a portion of the bridge was still intact but weak.

Just last Saturday, the bridge had been opened for public use and at that time, authorities had suggested that the method of construction had helped in reducing disruptions to the normal flow of traffic.