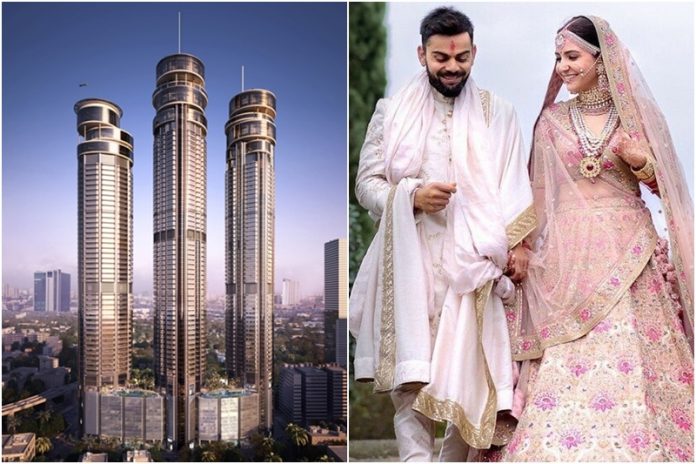 India team captain Virat Kohli on Thursday gave his fans a glimpse of his new home in Mumbai. Kohli posted a breathtaking image from his home overlooking the Mumbai skyscrapers.

The house is approximately said to be Rs. 35 Crore.

The India skipper shared the picturesque image on his official Twitter account. “Where else would you wanna be when you have such a stunning view from home!”, Kohli’s post read.

Where else would you wanna be when you have such a stunning view from home! 😇♥ pic.twitter.com/u4LfeXmQ11

However, the view inside Virat Kohli’s luxury pad will envy you.

The 29-year-old cricketer bought the house for Rs 34 crore in developer Omkar Realtors and Developers’ residential project, Omkar ‘1973’. The apartment is of 7,171-square-foot and is located in tower C – the most luxurious of the three towers in the complex. (Website: Omkar Realtors)

The Worli high-rise provides state-of-the-art amenities like an indoor tennis court and a pet clinic. As per a report from the Architectural Digest, the complex houses “a dedicated spa for pets, fitness and sports facilities, a sky terrace for hosting parties and dedicated areas for kids – including a creche, pool, and play area.”

Apparently, Virat and Anushka’s apartment also equipped with large verandas that extend off each of the four bedrooms. Reportedly, Anushka will be moving out of the apartment in Badrinath Towers in Versova where she lives with her family.

The Omkar 1973 has three cylindrical towers that rise over 70 floors. It has four-bedroom ‘show’ apartment that can be viewed on the real estate company’s website. It also has a few defining features—a ceiling height of 13 feet that creates a large space, and decks or verandas that extend from each bedroom.

Virat and Anushka will also have a familiar face as a neighbour. Cricketer Yuvraj Singh also purchased an apartment on the 29th floor of the same tower in 2013.