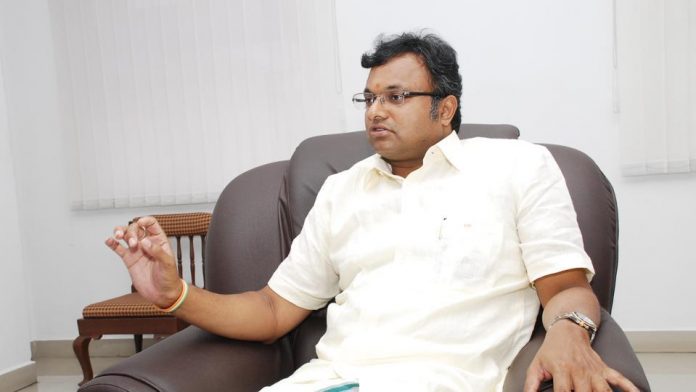 The Central Bureau of Investigation has asked permission of a special court to conduct a narco-analysis test on Karti Chidambaram, son of ex-finance minister P Chidambaram.

Karti has been accused in the INX Media money laundering case, and the agency alleges that he has not been co-operating in the investigation.

CBI has reportedly moved two more application in the court of Justice Sunil Rana. It has also sought a production warrant for Indrani Mukerjea, who was the director in INX Media, and Karti’s Chartered Accountant S Bhaskaraman so that the accused can be “confronted with both of them.”

CBI filed a third application asking permission from the court to record the statement of Indrani, so the agency could have her statement on record. So far the agency has been relying on the statement she gave to the Enforcement Directorate in a parallel investigation.

Indrani during the last hearing with CBI had confessed that she along with her husband Peter Mukerjea had met Karti to discuss FIPB approval to INX media and paid a bribe of 7 lakh USD to Karti. The statement has been recorded under section 164 of Criminal Procedure Code.

Several reports claim that the decision to seek a narco-analysis test was taken since Karti has remained “evasive” in his answers to the CBI.

Additional Solicitor General Tushar Mehta along with CBI counsel said to the court that  Karti’s interrogation has not revealed much till now and he only answers “the case is politically motivated”.

A narco-analysis test is allowed only after seeking permission from the court, as per the law. Narco analysis technique includes intravenous administration of sodium pentothal, a drug which reduces inhibitions on part of the subject and induces the person to speak freely.

The application is expected to move on March 9 by the agency, when the court would hear the case again.