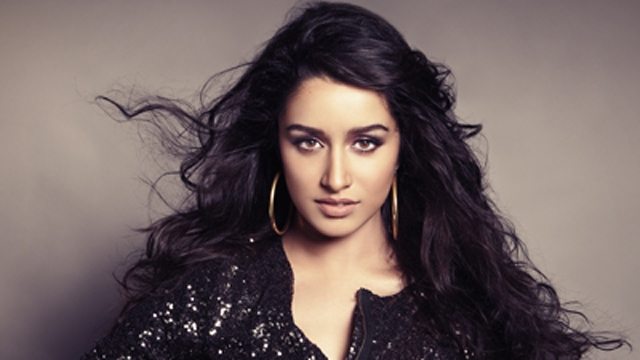 Shraddha Kapoor’s look from the forthcoming film Saaho was revealed on Instagram and her fans were taken by surprise. Reportedly, the picture was from the sets of the film, which was shared by her makeup artist Shraddha Naik.

In the picture shows Shraddha dressed in a maroon shirt teamed with plaid trousers is seen giving out a stern look and Naik captioned her post as, “#firstlook Shraddha Kapoor #sahoo #newfilm #newteam #oldus #prabhas … Love my work. Thank you, universe.” Along with Shraddha Kapoor, the film Saaho stars south superstar Prabhas. And the film is a trilingual science-fiction thriller which is being shot simultaneously in Telugu, Tamil and Hindi.

Take a look at Shraddha’s look from Saaho:

Often Shraddha keeps us posted on the film’s development. Like this one time, when she informed about wrapping up film’s first schedule. “1st schedule wrap on Saaho Bittersweet feelings. Have had an amazing time shooting with a fabulous team. Felt so at home in #Hyderabad,” she wrote on Twitter.

1st schedule wrap on #SAAHO
Bittersweet feelings.Have had an amazing time shooting with a fabulous team. Felt so at home in #Hyderabad ❤

And this, when she was off for the second schedule.

Because tomorrow I fly for #SAAHO 💃🏻🤓 pic.twitter.com/oRREscVLk3

Film trade analyst Taran Adarsh had revealed the official first look of the film, on the occasion of Prabhas’s birthday.

Adarsh wrote in his post on Twitter, “On the occasion of #Prabhas’s birthday, here’s Saaho First Look… Directed by Sujeeth… Saaho 2018 release.”

Saaho, Sujeeth’s directorial film also stars Neil Nitin Mukesh in a negative role. He said to news agency IANS, “Saaho is shaping up really well. We are now preparing for action sequences of Saaho. Sujeeth is very good. He is only 26 years old but is a brilliant director. I gained weight for Saaho but now I have to reduce that. I am finding it a bit difficult. But I think that transformation will be fun.”

Saaho will be Prabhas’ first Hindi film and also his first project after Baahubali series. The film is reportedly being made with a budget of Rs. 150 crore. The film is slated to release this year.