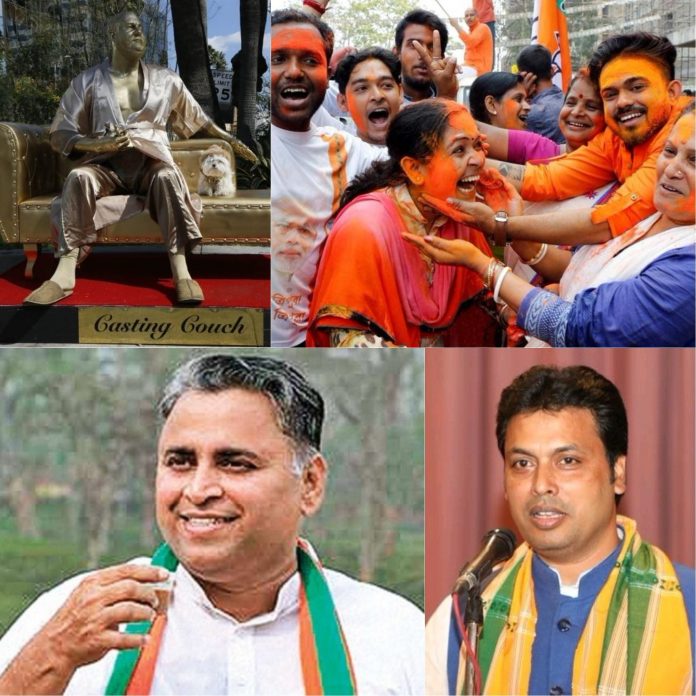 With just a day to go for Oscar 2018, British-born street artist Plastic Jesus’ statue of a satin bathrobe-clad leering Harvey Weinstein sitting on a sofa has created quite a buzz on the social media. Making its pre-Oscar debut on Thursday (March 1) the golden “Casting Couch” statue, near Hollywood theatre where the Academy Awards will be held on Sunday night, is a huge hit among tourists flocking to see cinemas’ greats.

The BJP put up a spectacular show in Tripura on Saturday following a saffron surge in the northeast, thus marking the end of 25 years of Left rule. While the party is looking to the formation of coalition governments in Nagaland and Meghalaya in the face of hung verdicts.

Tripura Election Results: Biplab Deb could be the next Chief Minister of Tripura

Committed to fulfilling dreams of people from Northeast: PM Modi

Prime Minister Narendra Modi on Saturday thanked the people of the northeastern state of Nagaland, Meghalaya, and Tripura for supporting the ‘good governance agenda’ of the Bharatiya Janata Party (BJP) in the assembly election.

Sunil Deodhar: The architect of BJP’s thumping rise in Tripura

Among his by now famous quotes is how in the book Modi Effect written by well known British journalist Lance Price, when Prime Minister Modi “was asked about his Varanasi campaign, he told him (Price) to interview me. I was quoted thrice in it.” Meet Sunil Deodhar, RSS pracharak-turned-BJP poll strategist, who has changed the party’s fate in Tripura by his clever interplay of tribal sentiment, sakha mechanics and social media presence. 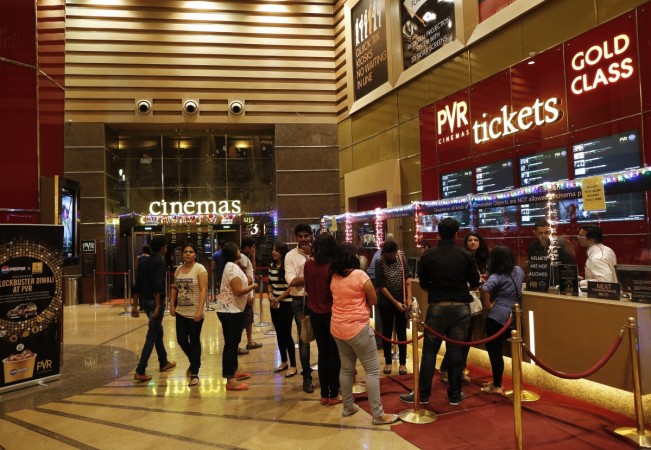