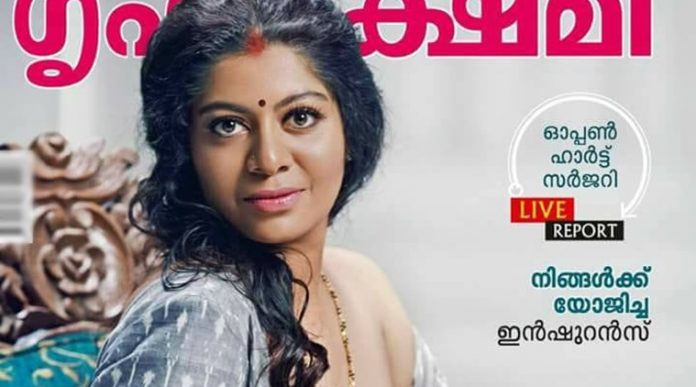 In a patriarchal society, the act of breastfeeding in public is considered to be ‘shamefully vile and sexualised context’, to the extent of making it a taboo. However, the act is revered as noble and best representative of a mother’s bond with her children.

It’s worth pointing out that the Kerala magazine cover could come as a revolution in a society where many have anointed themselves as moral police.

The model Joseph also gave some piece of her mind about the nudity, how this cover will be perceived, the doubts and fears she had before committing to this, to IE Malayalam.

Joseph also revealed that when she was approached with the project, she did not think twice before agreeing to be a part of this as breastfeeding is a privilege that only a mother enjoys. Making an emphasising on how women should know that this a very natural phenomenon, she stressed that there is nothing to be ashamed of when one has to feed her baby. “It is a problem to interpret this sexually. Isn’t it a beautiful thing, friends? Why do you think it is wrong? Which god will be angry if you feed your child” she said.

When she was asked whether she had any apprehensions ahead of saying yes to this campaign,  the 27-year-old model said she had none of that sort.

“I am extremely proud of my body and only I exercise rights over it. I only do things that I think is right for me, which is why I had no qualms in taking up this project,” she said.

However, Joseph said that her family still doesn’t support her decision of having taken this up. Her mother and two sisters, of which the older is a nun, live in Kumily, in Idukki district of Kerala. They strongly expressed their objection when she informed them about this. Despite this, she said, she respects and understands why they refused. “But nothing can deter me from doing what I feel is right,” she said.

Upon asked why she has a thick line of vermillion smeared on her forehead while she is rattling the patriarchal bedrock on the cover, she said that this was an assignment the magazine gave her and focused on telling lakhs of mothers and wives that they can exercise their right to breastfeed their children fearlessly.

The cover has created quite a buzz already, with people praising the magazine and Joesph’s vision and bold step.