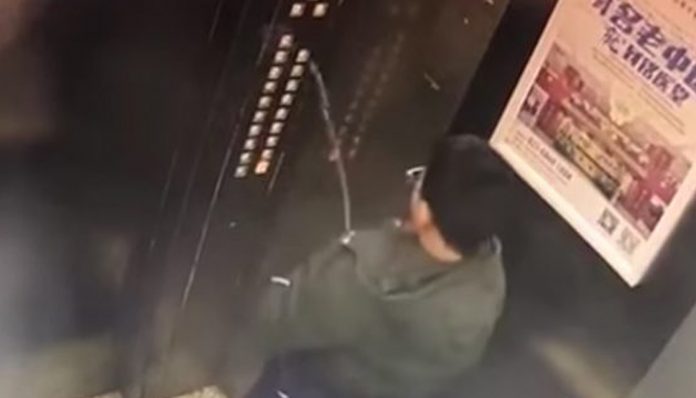 Karma is one thing that always leaves us astonished. Here is another example from China where in a kid was caught peeing in an elevator and there after the elevator stopped.

The act has been captured on CCTV.

A video posted on YouTube by CGTN shows the boy alone in the elevator. He unzips his fly and urinates, aiming directly at the elevator’s control panel. As he zips up and waits to exit the elevator, the doors appear set to open – but they suddenly malfunction and close.

Panicked, the boy tries to press a button before remembering what he has just done and pulling his hand away instantly.

The buttons on the elevator control panel light up at random and go haywire.

Then, suddenly, the lights in the elevator begin to flicker. Within seconds, the elevator is plunged into total darkness.

According to local media reports, the boy was eventually rescued from the elevator. The incident occurred in southwest China’s Chongqing city on Friday.