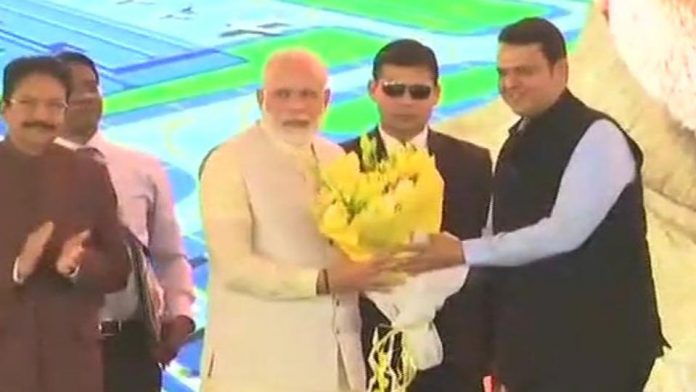 After posting orders for over 900 aircraft for the past one year, the aviation sector in India continues to attain a huge growth in the coming years, said Prime Minister Narendra Modi on Sunday.

Currently, there are around 450 aircraft operating in the country, but that will be more than tripled with over 900 new aircraft to be deployed over the next few years in the country he said.

“Aviation sector worldwide is moving very fast… we cannot afford to lag. Since 70 years, there was no aviation policy in India, which we have implemented recently to provide all-round connectivity to the remotest corners of India at affordable rates,” Modi said at the foundation stone laying ceremony for the Rs 16,000 crore Navi Mumbai International Airport (NMIA).

The upcoming airport is considered to be the country’s largest container terminal at Jawaharlal Nehru Port Trust (JNPT), built at a cost of Rs 4,719 crore.

“We want people wearing ‘hawai-chappal’ to be able to fly in a ‘hawai-jahaz’… the aviation sector has huge potential of giving over three-and-half times returns as from investment of Rs 100, we can get Rs 350 in a period of time by boosting trade and commerce, movement of people, tourism and all-round development,” he said.

Modi also announced the Sagarmala Project and terrestrial projects in Mumbai and Navi Mumbai. He also said that the country needs world-class infrastructure for progress.

“We are working on ‘port-led’ development and not merely ports development, and identified over a 100 waterways in India for transport which will be cost-effective and eco-friendly,” he said.

He painted a futuristic picture of Mumbai and Navi Mumbai over the next few years with aircraft taking off from the NMIA, cars zooming along the Mumbai Trans Harbour Link, connectivity by high-speed Metro Railway network and the proposed gigantic statue of Chhatrapati Shivaji Maharaj coming up in the Arabian Sea off Malabar Hill.