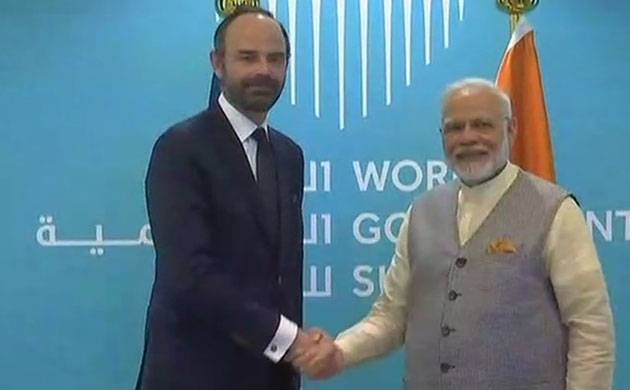 The India-France relationship was upgraded to that of a strategic partnership in 1998. Modi last year, visited Paris and held his first meeting with French President Emmanuel Macron soon after he assumed office.

Macron is scheduled to visit India next month for the inauguration of the India-initiated International Solar Alliance that was proposed by Modi along with then French President Francois Hollande at the 2015 Paris climate summit.

“PM (Modi) said that he was looking forward to the visit of French President Macron to India next month,” Kumar said.

“A ceremonial and traditional welcome for PM @narendramodi on arrival in Muscat, capital of Oman on his first State visit! Warmly received by Deputy PM of Oman. India accords very high importance to relations with Oman, a key strategic partner in the region,” Raveesh Kumar tweeted.

Modi, ahead of the visit, said that Oman was a close maritime neighbour with whom India enjoys excellent relations. He said, “I shall also interact with leading businesspersons of Oman on developing stronger economic and business links with India.”