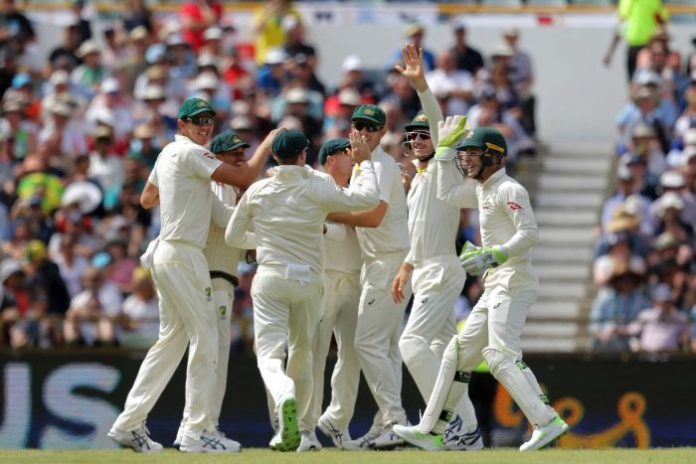 As I was switching TV channels just after India’s Under-19 cricket team lifted the World Cup, I saw Australia playing against New Zealand in the first ever Triangular Cricket T20 tournament which is scheduled to take place in both Australia and New Zealand. The third team in the tournament is England. The T20 cricket being played in a triangular tournament format is certainly a mouthwatering prospect for cricket fans, who have been starved to see such tournaments in the last decade.

Once upon a time, triangular cricket one day tournaments were a regular feature in the game of cricket. For almost three decades, this format of the game mesmerized the audience and one day cricket as a result, took a giant leap forward. The seeds of triangular cricket tournaments were sown by the Australian businessman and media tycoon, Kerry Packer with his rebel World Cricket Series coming into picture in 1977-78.
Packer was keen to exploit the untapped potential of the ODI cricket by staging a tri-series tournament involving the teams of Australia, West Indies and Rest of the World. These long tri-series tournaments enthralled the audiences as the crowds poured into the stadiums. Packer knew that the potential of a multi-lateral tournament was much more as was suggested by the popularity of the first prudential world cup in England in 1975.

At that time, bilateral one day tournaments were very few in number and they couldn’t attract much audiences. Test cricket was still the supreme form of cricket both in terms of popularity and revenue collection through it. Packers ‘Pyjama cricket’ and the new innovations that were brought with it, like the introduction of coloured clothing, use of white balls, introduction of flood lights for day night matches, use of protective gear like helmets changed the game forever.

It was no longer the gentlemen’s game in a traditional sense now. A paradigm shift happened and people liked this change with all their hearts. From then on, Australia hosted an annual tri-series cricket tournament every summer until 2007-08 when India defeated Australia in the best of three finals by 2-0 in the Commonwealth Bank Series.
With the growing popularity of Australian tri-series which usually involved the teams like West Indies, England or New Zealand apart from the hosts Australia, other cricket teams from Asia like India, Pakistan, Sri Lanka also wanted to play in this format. India’s unexpected world cup victory in 1983 against the then world champions west indies changed the game forever as it resulted in a huge outcry of public support for cricket by the Indians.

The magnanimity of this victory was huge that cricket became the most sought after sport and a choice of entertainment by millions. Just three months after India’s world cup win, the Asian cricket council was established in September 1983 to promote and develop the sport of cricket in Asia. The office of the Asian Cricket Council was established in Sharjah and this became the venue of the most glorious cricket encounters in the history of ODI cricket in years to come.

Asia Cup tournament became a re-occurring feature in the 80s and 90s in Sharjah and later the tournament shifted to south-asia completely after 2000 due to allegations of match fixing in Sharjah.The round robin format of these tournaments was liked by the cricket lovers as they got to see each contesting team playing with all the participating teams. These format raised the quality of the one-day cricket. Throughout the decade of 80s and 90s, Sharjah became the mecca of ODI cricket.

Tournaments like Sharjah Cup, Austral-Asia Cup, Rothman’s Cup, Coca-Cola Cricket Trophy, Pepsi Cup Trophy became extremely popular. Many a times because of the popularity of the format the triangular tournament changed to quadrangular and pentangular where 4 or 5 teams participated. For e.g Austral Asia Cup in 1990 was a quadrangular tournament.

The format became so popular that apart from Australia and Sharjah, cricket boards by the decade of 90s became very much interested in hosting multilateral tournaments on their home soils. For e.g BCCI hosted Nehru Cup in 1989, Hero Cup in 1993, Titan Cup in 1996 and Independence Cup in 1997. Similarly the South African Cricket board hosted the Nelson Mandela Trophy in 1994 and New Zealand hosted the Cenetary Cup tournament in 1995 to mark the establishment of the New Zealand Cricket Council in Christchurch on December 27, 1894.

The TRPs of these ODI tournaments were way more than any bilateral ODI tournament in general. This is because of many reasons, firstly in multilateral tournament, one gets to see many teams participate and contest for the same trophy. The permutations and combinations in the middle of these tournament garnered by the cricket statisticians often are very enjoyable as it creates a unique interest in looking into ways through a particular team can reach the knock-out stage of the tournament.

Players often display more cricketing brilliance on the field as they would be watched by more viewers than in a bilateral ODI series. The most interesting feature of these tournaments is that they seldom becoming boring. On the other hand, a 7 match bilateral ODI series becomes very boring if one team wins the first three or four matches, because then the relevance of the rest of the series becomes futile to an extent, because the tournament has been already won by a team.

Today, triangular cricket tournaments are facing the similar existential crisis. The reasons have been the same. The bilateral nature of busy cricket schedules has left very little space for a third nation to participate in a tournament. Secondly, it is often seen that if the host nation crashes out of the tournament, then the TRPs go low. Lastly and most importantly, with the mushrooming of T-20 cricket leagues, it has become almost impossible to play a triangular cricket tournament. The last time India featured in a tri-series was in Australia just before the cricket world cup in 2015 there.

In the last few years whenever a tri-series has happened, one thing which has come to notice is that among the three teams is one is a very weak side, which is quite disappointing. It takes the interest out of the game. For e.g The last tri-series was in west indies between Australia, South Africa and West Indies. Because of poor performance by West Indies in ODI cricket, the tournament couldn’t generate much interest. A similar thing happened when a tri-series was played two years back between Austrlia, South Africa and Zimbabwe in Zimbabwe.

A triangular cricket series should feature equally matched sides. For e.g if a tri-series or a quadrangular series is played between the top 4 ODI teams, it would generate much more interest in the One day cricket. The bilateral ODI tournaments are not as appealing as these tournaments can prove to be or have proven to be in history.

ICC and the cricket boards need to find a space in the annual calendar to play atleast one such tournament in a year. For e.g Last year, India played back to back bilateral ODI series with Australia and New Zealand. Wouldn’t it had been a better idea to host tri-series between the three team on the Indian soil. It’s an absolute surety that it would have generated much more interest among the fans. One interesting thing to note here is that the last triangular cricket series that was played on Indian soil was way back in 2003 where India hosted New Zealand and Australia.

To sum up, the need of the hour is to revive the triangular and quadrangular cricket tournaments in order to regenerate the interest of fans in ODI cricket. One good step in this direction is the first triangular T20 tournament being played between Australia, England and New Zealand. More such steps are needed to be inculcated in the ODI format as well in order revive the great game of ODI cricket. 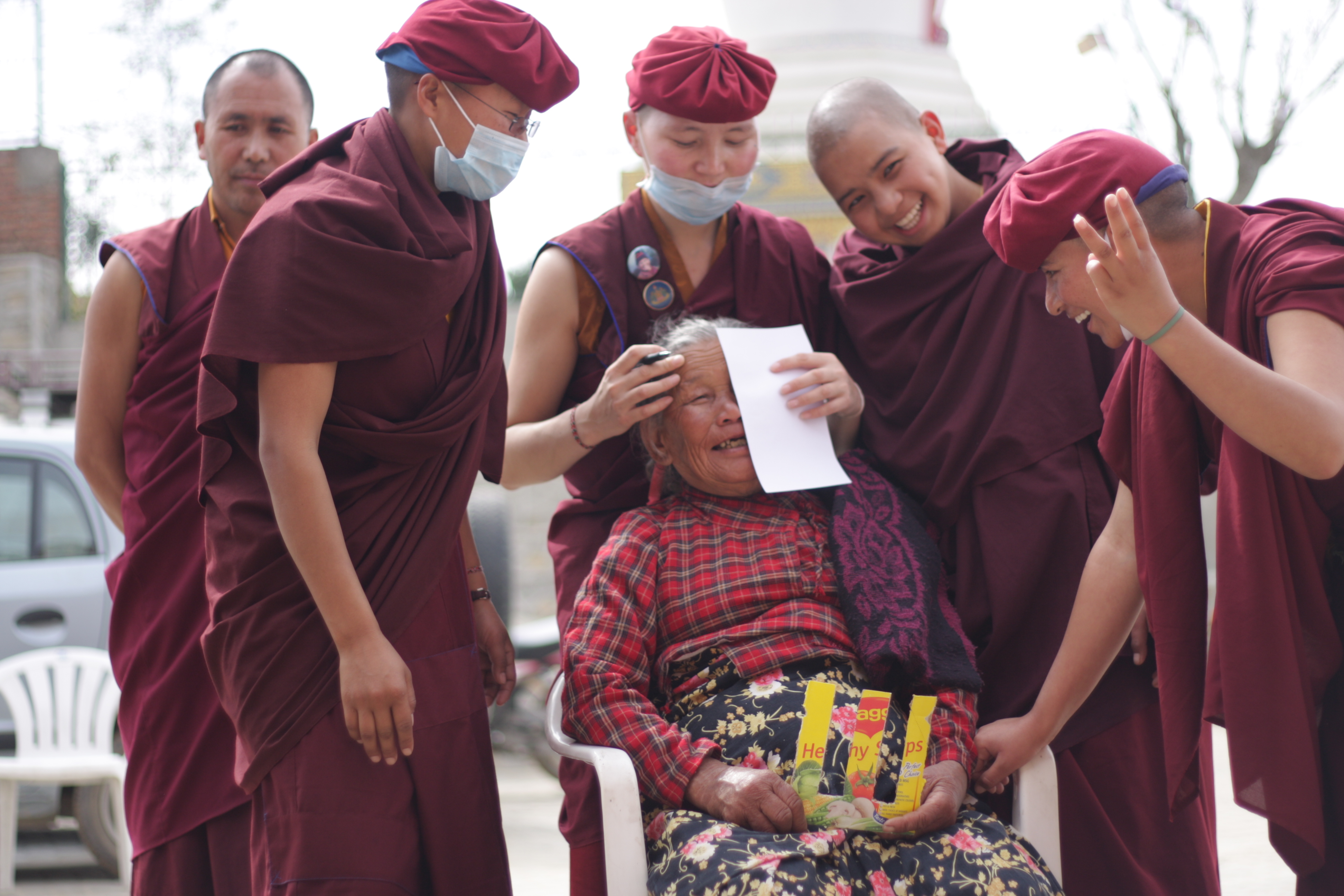