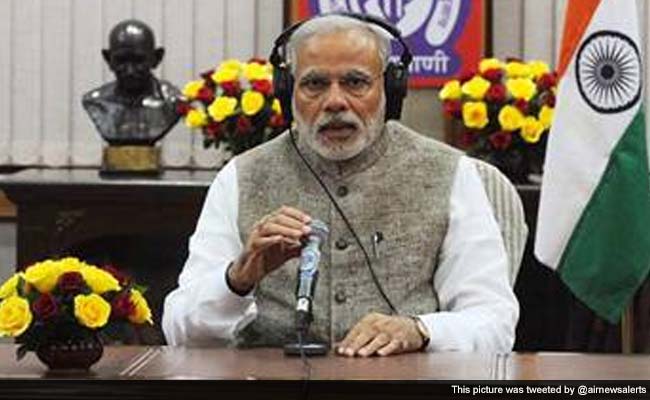 The Prime Minister, Narendra Modi addressed Indians through this year’s first episode of Mann ki Baat this morning. This was the 40th episode of the address that is shared with Indians across the world through Internet, telecom and radiowaves. The first part of the speech was dominated by references to women and their role in the Indian society in the present and past.

After referring to the historic event this Republic Day which was graced by 10 heads of states, he spoke about Kalpana Chawla, the NASA astronaut of Indian origin who lost her life in a space mission but, still continues to inspire and fire the ambitions of generations of girls.

“Since ancient times India has been an inspiration to the world because of the respect accorded to her women, their status in society and their contribution. There has been a long tradition of women scholars since ancient times. Many such women of letters have contributed to the composing of verses in the Vedas…Lopamudra, Gargi, Maitreyee…the list is long”, the PM said.

He further added, “It is in our culture to respect women. In our ancient Sanskrit teachings, it is stated that the blessings we get from the almighty if we have one baby girl is equal to that of having 10 baby boys.”

He said that if India has to progress and reach new heights, it can only do so if and when women walk shoulder-to-shoulder with men, and lead the way.

“Women”, he said, “are advancing in many fields and emerging as leaders. Today there are many sectors where our Woman are playing a pioneering role, establishing milestones.”

He recalled that only a few days ago, the President of India had met women achievers, who distinguished themselves in various fields.

He also mentioned the Matunga Railway station in Mumbai which holds the distinction of being an all-women station. All leading officials there are women.

He especially mentioned the women of Dantewada in Chhattisgarh, a Maoist-affected area where the women defying stereotype of adivasi ladies, are operating e-rickshaws.

“When we refer to Adivasi women, stereotypical image comes to our minds, comprising jungles, pathways in woods and women carrying kindlewood on their heads. I want to appreciate the women of Dantewada in Chhattisgarh. This is a Maoist affected area but the women there are operating e-rickshaws. This is creating opportunities, it is also changing the face of the region and is also environment friendly”, he said.

Speaking about the flexible nature of our society, he added, “I want to talk about something very unique in Bihar. A human chain was formed to spread awareness about evils of dowry and child marriage. So many people joined the chain.”

He mentioned the story of a youth who had found monetary relief through Pradhan Mantri Jan Aushadhi Yojana for buying medicine for his father, a senior citizen, at half or even lesser cost than in the open market. By buying the same medicines at a Jan Aushadhi Kendra, he has cut expenses by about 75%.

“I am sure you all felt proud after reading about the Padma Awards. We have honoured those who may not be seen in big cities but have done transformative work for society
On 30th January we observe the Punya Tithi of Bapu. Peace and non-violence is what Bapu taught us. His ideals are extremely relevant today,” he said and also mentioned stories about the pioneers and unsung heroes who have been honored in this year’s Padma Awards ceremony.