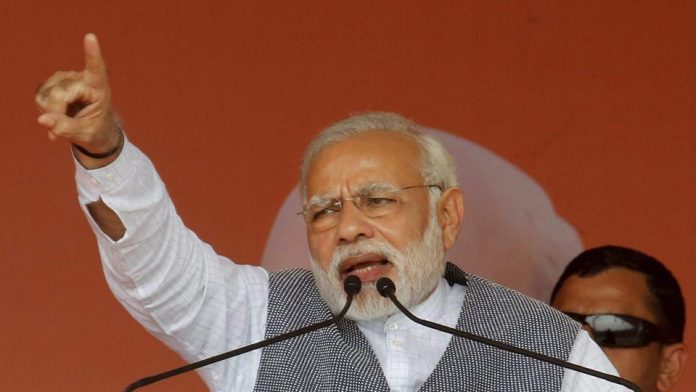 Prime Minister Narendra Modi on Sunday took a veiled attack at the former chief minister of Bihar Lalu Prasad Yadav and other opposition leaders. He remarked that the war on corruption has ensured and the “rich and powerful” are no longer above the law.

Addressing the NCC rally, PM Modi said that previously, the common man had to believe that corrupt people in power always managed to elude justice, however, now this is no longer the case.

“Today there are three former chief ministers rotting in jail. Getting rid of this ‘termite’ of corruption will help the poor most,” said Modi without taking any names.

It was evident that Lalu Prasad was foremost in the Prime Minister’s mind since only last week, he was convicted in the Chaibasa fodder scam case. He was sentenced to a five-year jail term along with another former Bihar CM, Jagannath Mishra. To recall, former Haryana CM OP Chautala is in jail in connection with a corruption case.

The main reason for Bihar chief minister Nitish Kumar’s decision to break away from the Grand Alliance (consisting the JD(U), RJD and the Congress last year) is due to the corruption in the Yadav clan.

PM Modi also said that his crusade against corruption will go on and those guilty of graft will not be forgiven.

Furthermore, Modi even urged the NCC cadets and other youngsters to promote digital transactions as it will curb corruption.

“My young friends, I am here to ask for something. No, I am not here for seeking votes or politics. My appeal is- please further digital transactions through the BHIM App. Please also get others on that platform. This is a step towards transparency and accountability,” he said.