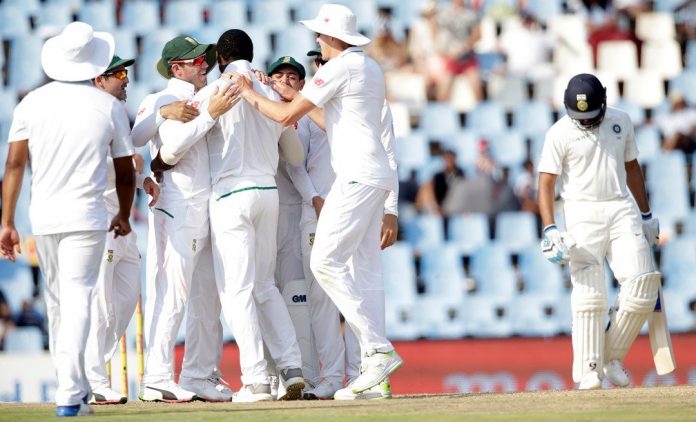 Ajinkya Rahane returned at the cost of Rohit Sharma, putting a full stop on all debates about playing him in place of Rohit, but that did little help as India were bowled out for just 187 runs in the first innings of the third Test match of the series against South Africa.

Opting to bat first after winning the toss in Johannesburg, similar story folded for the visitors. Lokesh Rahul disappointed once again and was dismissed for nought. His opening partner Murali Vijay was out for just 8.

Comeback-man Ajinkya Rahane was dismissed twice, once he was saved by a no-ball but had to leave on second attempt, but could contribute just 9 runs. Then was the ‘144’ jinx—where India lost three wickets to get reduced to 144/7.

Morne Morkel, Vernon Philander and Lungisani Ngidi picked up 2 wickets each while Kagiso Rabada was the highest wicket taker with 3 wickets.

Indian bowlers, however came firing as Bhuvneshwar Kumar dismissed Aiden Markram for 2 as South Africa were 6/1 at stumps. Dean Elgar(4*) and Kagiso Rabada(0*) were at the crease.