Home Home Slider Much ado about nothing! @Karni Sena – you guys got it... 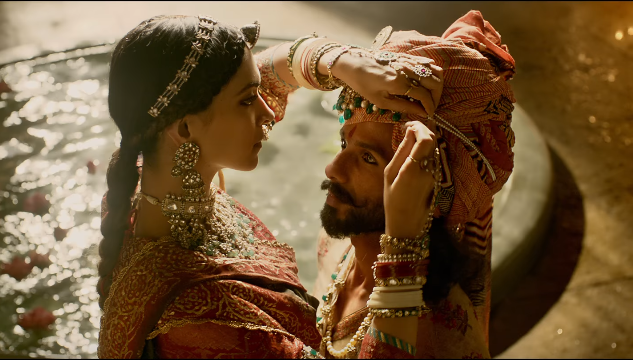 Sanjay Leela Bhansali’s most ambitious film ‘Padmaavat’ is finally set to release on January 25. The film has been facing protests by Karni Sena and various other fringe groups alleging that the makers of the film have distorted historical facts in it.

The historical drama, which is based on the 16th century poem of the same name by Malik Muhammad Jaisi, stars Deepika Padukone, Ranveer Singh and Shahid Kapoor. Relying on folklore, legend, history and imagination, the film explores Delhi Sultanate ruler Alauddin Khilji’s lust for Rani Padmini, the queen of Chittor. This leads to a battle that claims the lives of the queen and her husband, Ratansen.

Amid tight security and requests by the Police not to tweet the location of the screening, Bhansali organised a premiere of the film yesterday and NewsMobile Editor Saurabh Shukla watched the film to assess the validity of the allegations made by Karni Sena and various other fringe groups.

Here are the top 5 takeaways in NewsMobile Editor Saurabh Shukla’s opinion about the film Padmaavat.

1. The controversy pertaining to the film Padmaavat is needless.  Karni Sena has dialled a wrong number.

2. Instead, Karni Sena should be bothered about the whole practice of Sati or Jauhar which Deepika Padukone’s character followed in the film.

3. The sets of film Padmaavat are good but there isn’t any spectacular to say about the film overall.

4. The urban goers of the movie may not like the movie, despite Ranveer Singh’s acting being commendable.

5. The film Padmaavat is average but the hype or controversy created pertaining to the movie is not worth it.