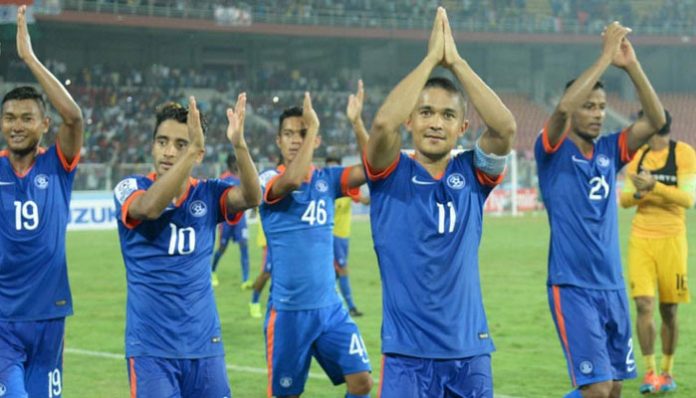 India, which is ranked 14th among Asian countries, has earned 13 points over the past month for a total of 333 points.

Coached by Englishman Stephen Constantine, the Sunil Chhetri-led side is currently standing just above 103rd-placed Qatar.

It should be noted that the Indian men’s football team had remained unbeaten in 2017, having clinched seven of their nine matches while settling into the draw in two matches.

They had also confirmed their berth in the AFC Asian Cup UAE 2019 after snatching a 4-1 victory against Macau in the qualifiers in October last year.