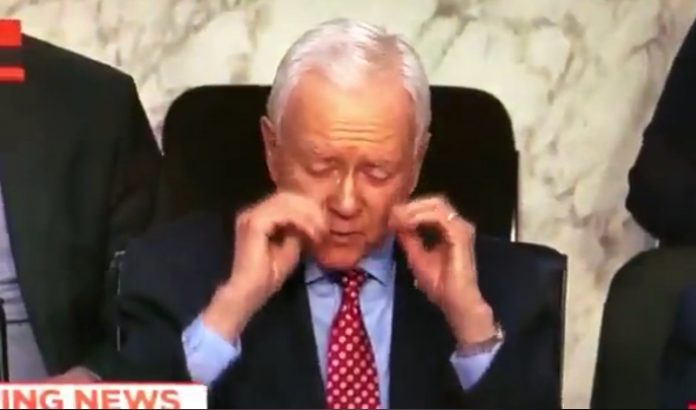 A video involving Senator Orrin Hatch went around the social media and has already garnered more than 6.2 million views.

The 3-second video is of the Utah Republican, who was at a Senate Judiciary Committee hearing on Tuesday when cameras captured him reaching up to take off the glasses he wasn’t actually wearing.

Senator Orrin Hatch later joked that he wears hipster ‘invisible glasses’ after he was caught trying to remove a non-existent pair of specs from his face but he had gone around the globe by then.

Orrin, 83, ignored the slip up and went on to question Homeland Security Secretary Kirstjen Nielsen without hesitation.