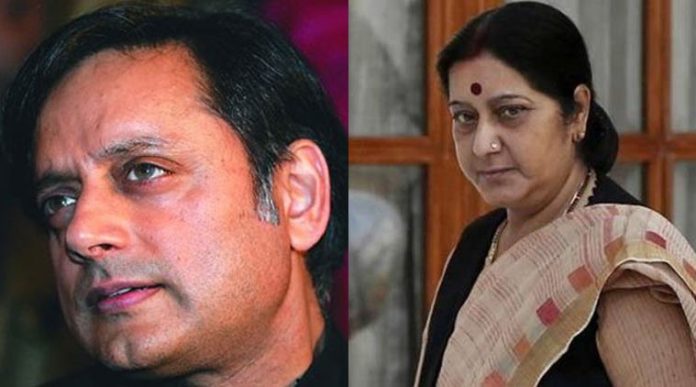 Lok sabha on Wednesday witnessed a heated argument over congress leader Shasi Tharoor’s objections against government’s push to enlist Hindi as an official language in UN. The United Nations, at present, has six official languages including Arabic, English, Spanish, Chinese, Russian and French.

While speaking in the lower house, External Affairs Minister Shusama Swaraj informed that to become an official language two-third member countries or 129 of 193 countries in the UN have to vote in support of Hindi and contribute financially for the expenditures thereof.

“The problem comes when apart from voting, the burden of the amount also falls on them. Economically weaker countries that support us shy away from this,” Shusama told in LS. Government is pulling out all stops to get the support of countries with significant number of Hindi speaking people like Fiji, Mauritius and Surinam.

Raising his voice against her comments, Shasi Tharoor remarked that, “the question is what purpose is being served by this. If indeed we have a Prime Minister or Foreign Minister who prefers to speak Hindi, they can do so and we can pay to get that speech to be translated. Why should we put our future Foreign Ministers and Prime Ministers who may be from Tamil Nadu in a position?”

His comments irked the BJP members at the treasury bench who lashed out at Tharoor. Sushma Swaraj reacted strongly and said, “Hindi was spoken in several other countries as well as by the Indian diaspora abroad…..Saying Hindi is spoken only in India is your ignorance.”