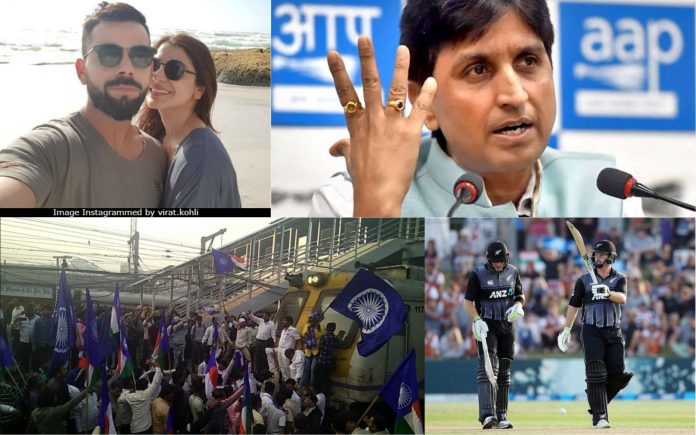 Unhappy of being denied a nomination in the Rajya Sabha, disgruntled AAP leader Kumar Vishwas unleashed an attack on party leader Arvind Kejriwal saying that he has been punished for speaking the truth.

While Maharashtra is on edge in the wake of the statewide bandh called by the Dalit outfits protesting against the violence at Bhima-Koregaon, the Congress party has moved an adjournment motion notice in the Parliament on Wednesday.

The Defence Ministry has decided to back State-owned Defence Research and Development Organisation (DRDO) which has promised to deliver a world-class missile within four years. The Ministry has cancelled a $500m deal with Israel to buy 1,600 Spike anti-tank guided missiles, Israeli state-owned defence contractor Rafael Advanced Defence Systems announced on Wednesday.

Colin Munro became the first batsman on planet to hit three T20I ton as New Zealand crushed Windies by 119 runs in the third match of the T20I series to clinch the series 2-0 and reclaim the top spot in ICC T20I Rankings.