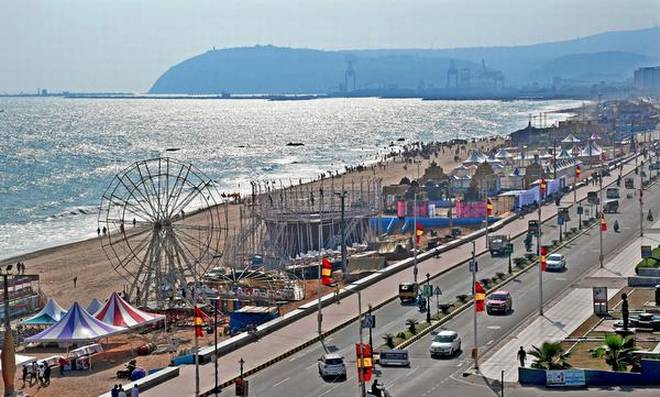 The city is all ready for the three-day mega tourism and cultural extravaganza, ‘Visakha Utsav’ in Visakhapatnam from today. All the line departments including VUDA park, Greater Visakhapatnam Municipal Corporation (GVMC), Revenue, Tourism, Endowments and Police departments have been fully engaged to conduct the event in a grand manner.

The State government has directed the district administration to organise the event on par with the Brazilian Carnival. The administration has also been directed to ensure that all important junctions in the city were decked up with lights.

Minister for Human Resources Development Ganta Srinivasa Rao said that various colours and cultural programmes would be organised between Novotel Hotel to VUDA Park on the beach front. “An international flower show would also be conducted at MGM Park located in the VUDA Park. All the replicas of important temples would also be set up in association with the concerned Devasthanams,” he added.