Home Home Slider This day in history: last man to step on the moon in...

On December 11, 1972, Apollo 17 touched down on the Moon. A historical landmark – this date was also significant because this was not only the final Moon landing till date but also the last time a mission from NASA left low Earth orbit. 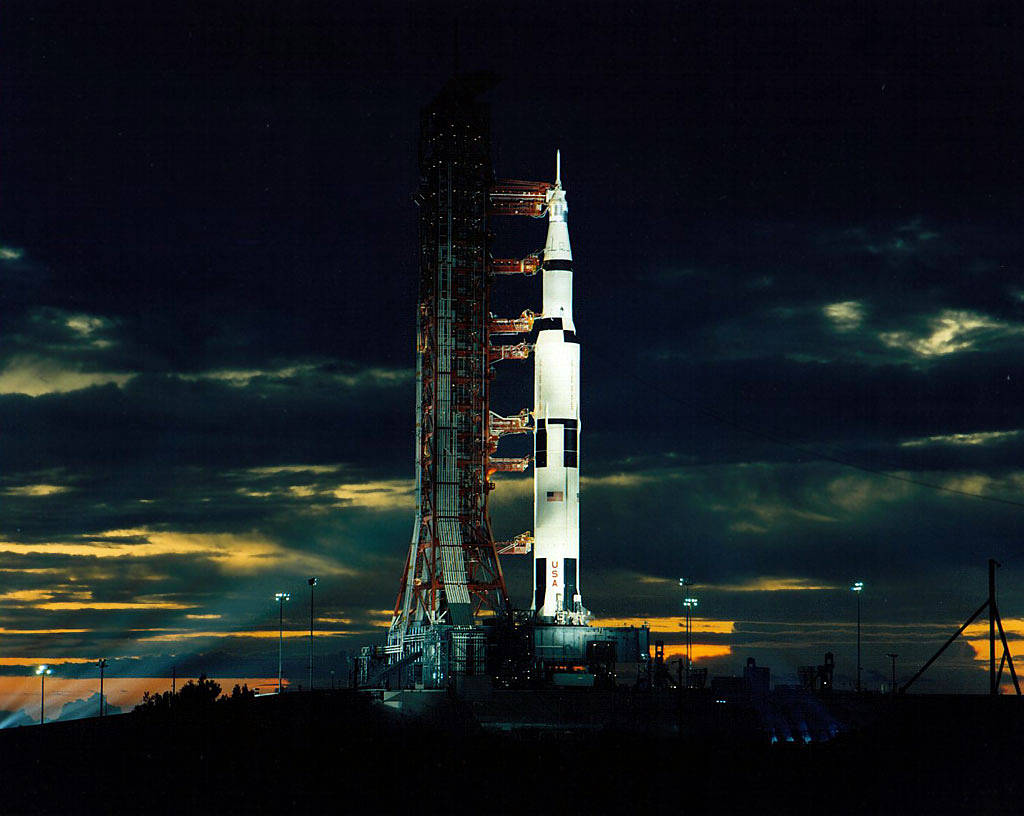 Crewed by Commander Eugene A. Cernan, Command Module Pilot Ronald E. Evans and Lunar Module Pilot Harrison P. Schmitt, the Apollo 17 mission was the first to include a scientist. The primary scientific objectives included “geological surveying and sampling of materials and surface features in a pre selected area of the Taurus-Littrow region; deploying and activating surface experiments; and conducting in-flight experiments and photographic tasks during lunar orbit and trans earth coast.”

Footage of that last lunar lift-off was broadcast live on Earth via a color television camera mounted on the lunar roving vehicle, or lunar rover, which the astronauts parked on the moon a short distance from their landing site. The video, which was timed and directed by Mission Control from a quarter of a million miles away on Earth, captured the small spacecraft as it soared away into the blackness of space.

The Apollo 17 mission crowned six lunar landings for the United States and brought back the final 244 pounds (111 kilograms) of lunar material (including 741 individual moon rock and soil samples and a deep drill core with material from 10 feet, or 3 meters, below the lunar surface) out of the total 842 pounds (382 kilograms) collected by the astronauts who walked on the moon. 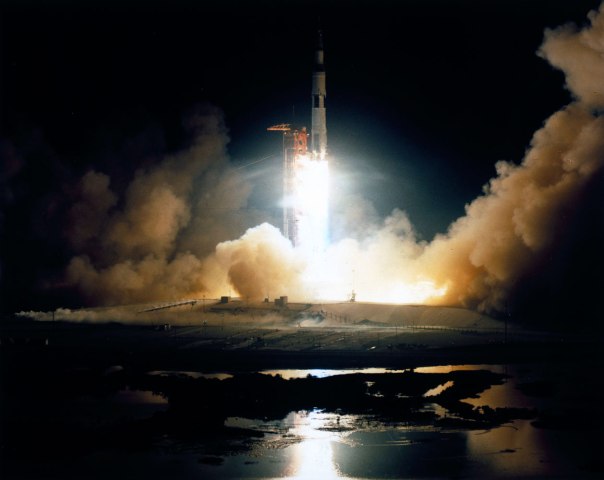 Notably, among the lunar samples was a small but unique cache of orange soil, which was confirmed later as microscopic glass beads and fragments formed during volcanic activity on the moon.

Since then, Apollo 17 has retained the distinction as the last human voyage to the moon. Schmitt is still the 12th out of only 12 men to step foot on the moon and Cernan, as the last to climb up the ladder into Challenger, is still the final man to leave his footprints on the lunar surface. 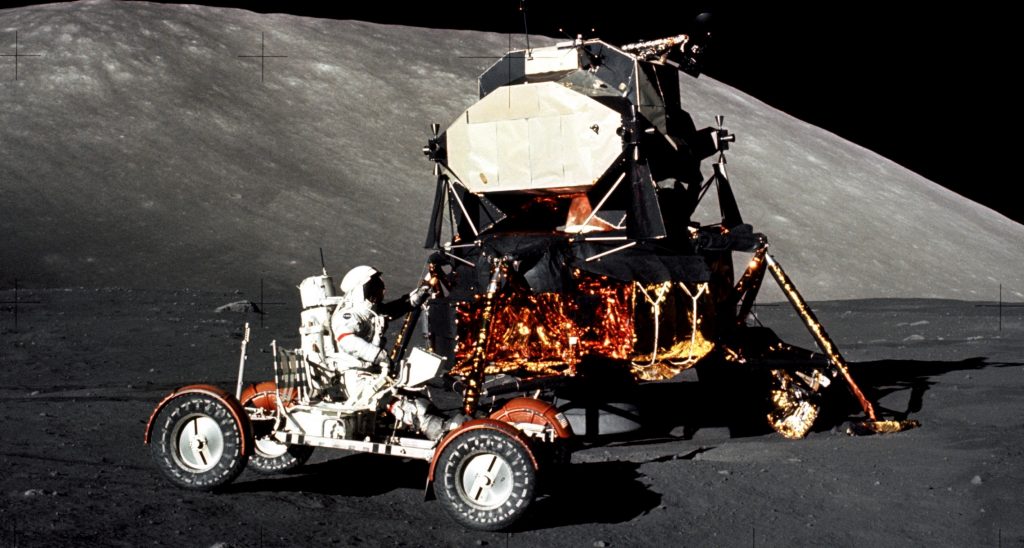 Before he took his final step off the moon, Cernan said, “America’s challenge of today has forged man’s destiny of tomorrow. And, as we leave the moon at Taurus-Littrow, we leave as we came and, God willing, as we shall return, with peace and hope for all mankind.” 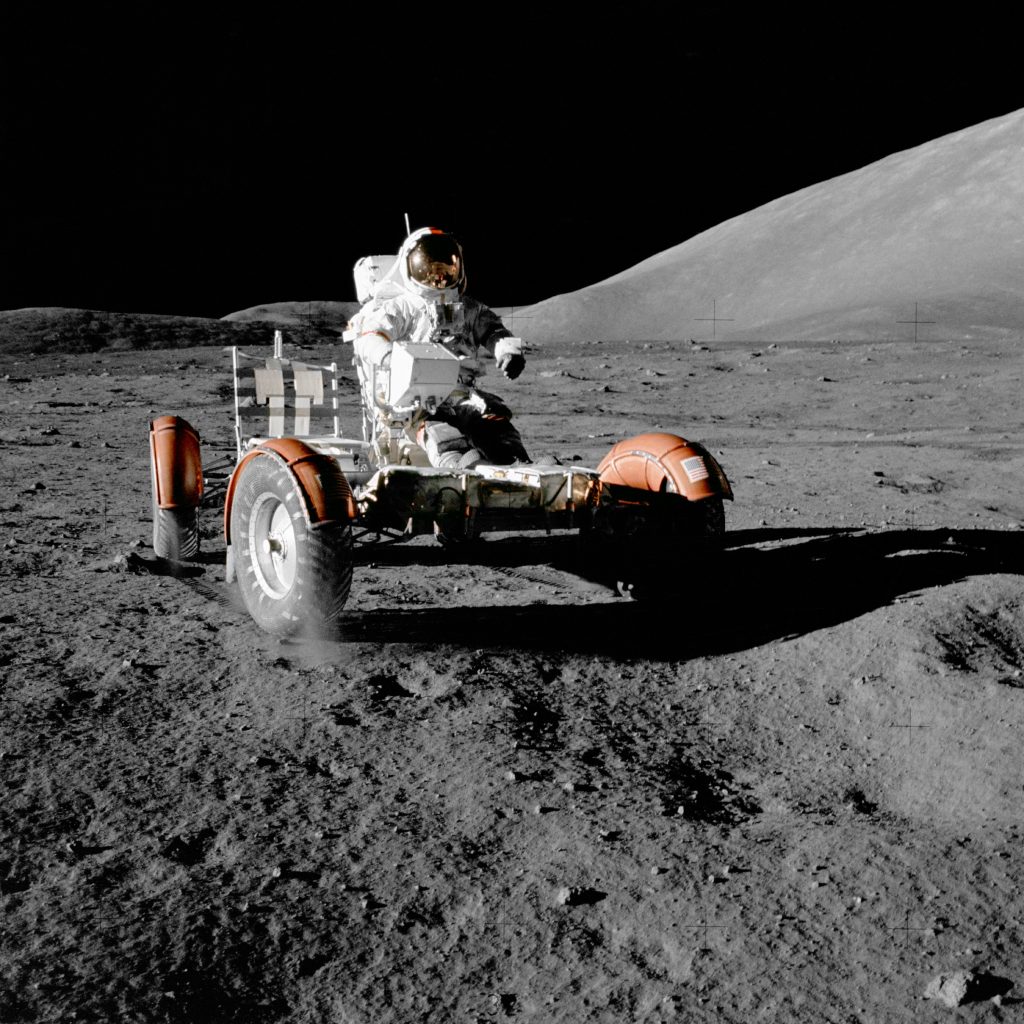 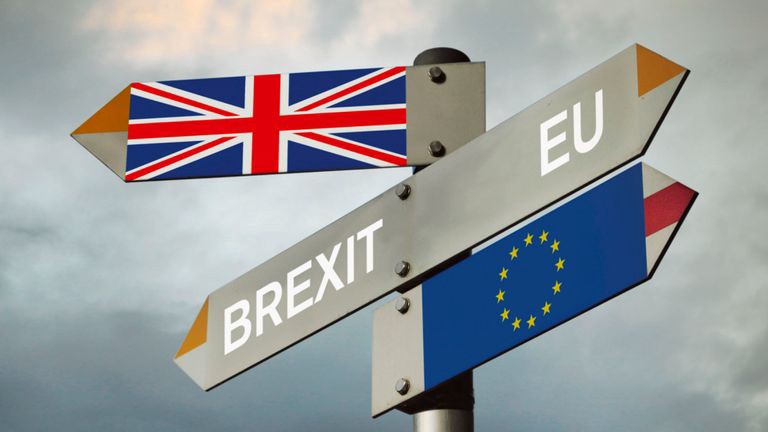