So, here’s a list of the best cities in the world that celebrate New Year’s eve 2018

The New Year’s Eve celebrations at New York’s Times Square are probably the most recognisable in the world and of course because of their grandeur. 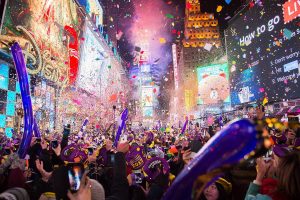 They’ve got the quintessential countdown celebration, with performances by big-name stars on stage, capped off with that iconic ball drop.

Join more than a million people filling up ‘The Party Line’ for ‘Silvester’ (what the Germans call New Year’s Eve) on the last day of December. The line is actually a long celebration arena stretching from Brandenburg Gate to the Victory Column, with music stages, F&B tents serving staple German festival fare like beer, sausages and mulled wine, and the midnight fireworks show. The Silvester make spending the eve in Germany worthwhile. 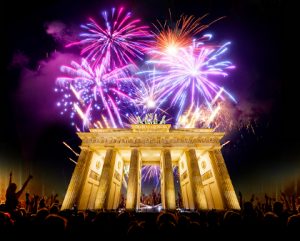 Celebrating New Year’s Eve in London is like getting a tour of the usual sightseeing landmarks of the city. 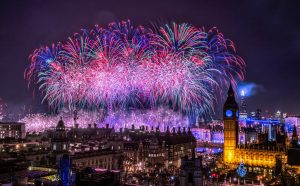 On the river Thames, Londoners, tourists and their renowned street buskers celebrate the New Year together, with the midnight countdown done to the chiming of Big Ben, fireworks sprouting forth from the Eye on London, and everyone singing together to Auld Lang Syne.

Looking for a relaxing New Year’s getaway? Then head on to the Bahamas. Make no mistake, though. While the atmosphere is generally more laid-back, they do know how to party full-force over here, with events held everywhere from five-star hotels to impromptu beach gatherings, all with views of spectacular fireworks. The next day, watch the Junkanoo parades, which are like the Bahamian version of Mardi Gras. 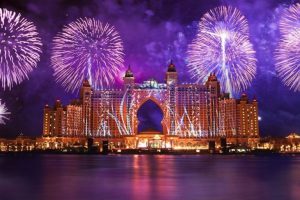 If you haven’t been there, you’ll be awed by the biggest New Year’s fireworks display in South America over the historic harbour, a UNESCO World Heritage site. 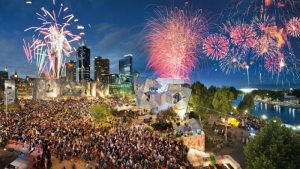 Don’t forget to place a $1000 Chilean peso bill in your right shoe for good fortune in the coming year.

Join the New Year’s Eve party on top Table Mountain, from where you’ll see all the fireworks shows happening around the city, especially at the Victoria & Alfred Waterfront, the best choice if you opt to stay in the city for the countdown. Stick around a few days longer to catch the Cape Town Minstrel Carnival, also knowns as Kaapse Klopse, on January 2. 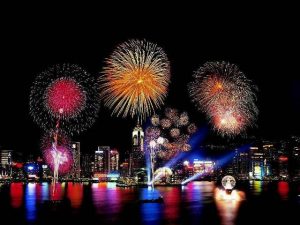 A colourful carnival featuring competing sing-and-dance troupes, it has its history in Cape Malay culture, harking back to the days when slaves were given January 2 as a holiday to celebrate the New Year.