Home Nation Christmas gift for Kulbhushan’s mother and wife, allowed to meet him on... 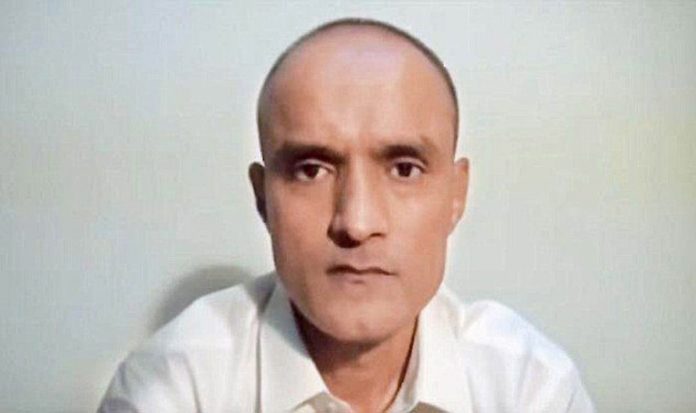 A day after the Indian Armed Forces Flag day, former navy officer Kulbhushan Jadhav received a Christmas Gift as Pakistan allowed his mother and wife to meet him on December 25 according to Pakistani media reports.

The move from Pakistan allowing Kulbhushan’s mother to meet him has come after India asked Pakistan to also allow her mother to meet him along with his wife. Kulbhushan Jadhav, is an Indian national who was sentenced to death by a Pakistani military court on allegations of espionage. Earlier on November 10, Pakistan released a statement stating that the foreign ministry had decided to let Kulbhushan Jadhav meet his wife.

In the request made by India, Ministry of External Affairs (MEA) spokesperson Raveesh Kumar said, “Although this request was pending, India still responded positively to the offer made by Pakistan to arrange a meeting of Kulbhushan Jadhav with his wife. In our response, we have said that the wife of Jadhav would like to travel along with her mother-in-law for the meeting.” Raveesh Kumar mentioned that New Delhi has “also sought sovereign guarantee from the government of Pakistan to ensure safety, security and well-being of the wife and the mother of Jadhav and during their stay in Pakistan they shall not be questioned, harassed or interrogated while they are there.”

Pakistan has said that it was done on humanitarian grounds.

Jadhav was apprehended by the Pakistani forces on allegations of his involvement in terrorism and sabotage activities. However, the Indian government maintained that he is an ex-naval officer who was illegally kept by Pakistan. In an attempt to provide legal help to Kulbhushan Jadhav and to bring him back in India, the Ministry of External Affairs (MEA) had made repeated attempts to provide councillor access to Kulbhushan Jadhav, but it was never accepted by Pakistan.

Kulbhushan Jadhav’s case, which was being heard in International Court of Justice (ICJ), a major and welcome development for India had come when the court asked Pakistan not to execute Kulbhushan Jadhav untill the final hearing in the case are completed. The case is still on at the ICJ.