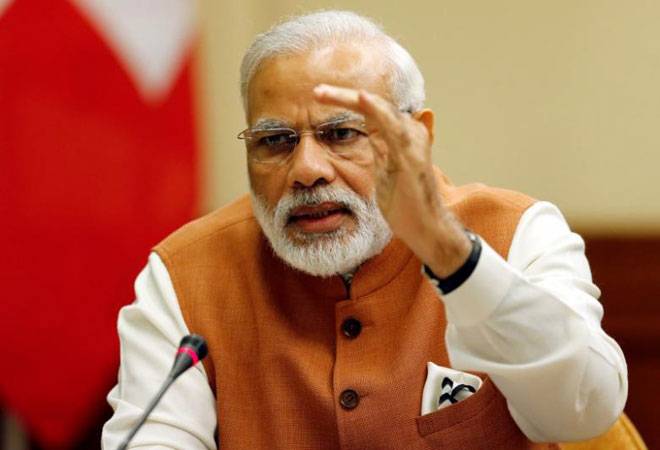 New Delhi: Prime Minister Narendra Modi on Sunday called on people to work unitedly for “New India” and said that the country will lead the world in the 21st century.

The Prime Minister said, “We have lost an opportunity to lead the world in the 20th century. In the 21st century we will make New India, take the country to the peak and for that, we need to work together.”

While delivering a valedictory address on the National Law Day at Vigyan Bhawan here, the Prime Minister said, “The role of the government is not of a regulator but facilitator.”

He also talked about his three years of governance at the Centre and said that there has been an ease of access in the country.

On the achievements of the Centre during his rule, he said, “The Goods and Service Tax (GST) has unified the nation and made the dream of one tax one nation possible. We have taken many small and big decisions, which were not only accurate but also sensitive, with change in ease of living there has been change in ease of doing business in the country as well.”

Talking about a change in the attitude of people towards the Lok Adalat, Prime Minister Modi said, “Nearly 18 lakh pre litigated and 22 lakh pending cases have been cleared.”

“Five hundred prisons have been connected with the courts through video conferencing which is impacting the people in a positive way,” he added.

The Prime Minister further said the introduction of justice clock in the courts is an innovative idea, adding, “It will boost professional competition in the judiciary, which will, in turn, improve the prevailing conditions.”

He also congratulated the first-time voters who will be eligible to vote from January 1, 2018.

He said, “These youth who are born in the 21st century will carry India forward.”

“There needs to be a discussion on the unified election at one time throughout the country. Rs 1,100 crore was spent in 2009 Lok Sabha election, in 2014 this figure went up to Rs 4000 crore,” he added.

He also said conducting the election in every four to six months in different states is hectic and expensive as well.

The National Law Day is marked on November 26. On this day, the Constituent Assembly agreed on the final draft of the constitution in 1949.