November is a month to travel, with birds flying down from all over for the winters and fairs and festivals getting marked on its calenders. With monsoons leaving behind clearer skies and cooler winds and snow yet to find its way to roads and tracks.

A month known for its ideal family vacations, adventure and wildlife, a more welcomed sun, a perfect tan, cooler sands, snow at its tips and some of the grandest festivals and celebrations of the country, around the corner. Here are some perfect getaways for November.

Varanasi, Uttar Pradesh – A festival by the river 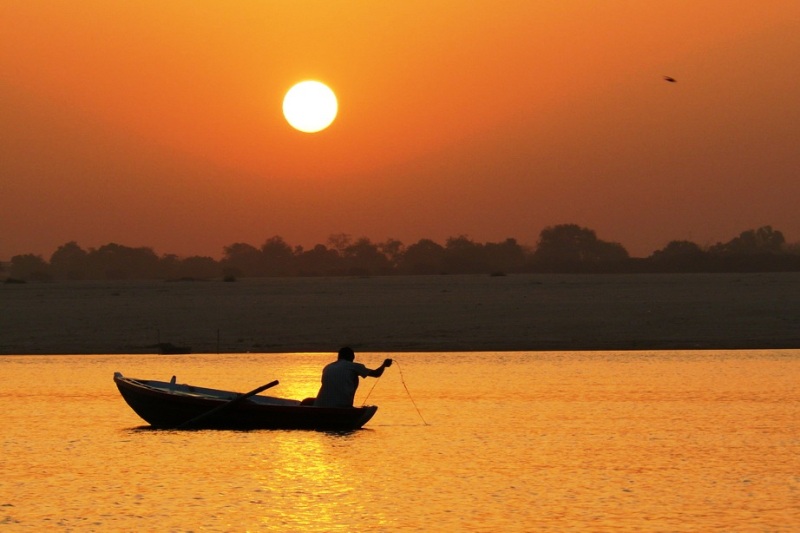 Other than pilgrims, one finds some of the most celebrated artists like Pandit Birju Maharaj, Kailash Kher performing in Varanasi. Sometime during the last week of November, the banks of Ganges host one of the most significant festivals of Indian Classical Music and Dance.Also taking place about during the same time is Dev Deepawali, which is marked by grand aartis and leaves the stairs to the river lit with countless diyas, and the river itself glittering under the reflection of the city.

What is avoided and unkempt in summers is festive, colorful and welcoming by the winters. With its sands a bit cooler, November in Jaisalmer looks forward to its desert safari, walking through its forts, palaces, and havelis and enjoying evenings by its lakes. One of the most beautiful beaches of the state, Tarkarli offers long stretches of white sands, a scuba diving destination and an occasional spotting of dolphins. This one gets as close to a perfect beach holiday for november as one can. Bharatpur is one of the ideal places to visit in November in India. It is that time of the year when Bharatpur is home not only to a rich variety of local species but to countless birds migrating here for the winters. a lot of migratory birds are found flocking in this region during the month of November. As monsoons give way to winters, they leave behind the gates to these thick forests open. While the rains made travelling to the mangroves difficult, the much awaited November month bring the most pleasant of temperatures to visit one of the richest and most balanced ecosystems of the country. Any word used to describe the celebrations, devotion and festivity at the Golden temple on Guru Nanak Jayanti in November, tends to be an understatement. Guru Nanak Guru-Purab falls in the month of November but the exact date varies from year to year. While this landmark of the state is always a unique experience. Located amidst the ruins of the ancient Vijaynagar empire, Hampi is one of the most historically significant places in India. It used to be the capital of the prosperous Vijaynagar empire. Home to several temples, royal pavallions and platforms, and monuments, Hampi is a UNESCO World Heritage Site in India. A UNESCO World Heritage Site for all the right reasons, Ziro Valley is undoubtedly one of the most beautiful places in India. One is bound to fall in love with the scenery of this place, which mainly comprises of rice and paddy fields, high mountains and clean, flowing rivers. It is mainly inhabited by the Apa Tani tribe who are really very helpful and hospitable people. The land of the Nagas, the fierce warrior tribes, Kohima is the capital of the Indian state of Nagaland, a part of the 7 sisters, in the North-eastern part of India. It offers a visual treat to the visitors, owing to the rolling green hills and the mountainous background. As a need to safeguard the lion population which had fallen steeply due to illegal hunting and poaching the Gir Wildlife Sanctuary was established in the year 1975. Since the sanctuary has been set up, though government conservation attempts, there has been an increase in the lion population.

So friends, pack your bags and get going.

Also Read: ‘Raakh’ a short film and a nerve-racking ordeal