Conspiracy theories flew every way when the JFK Assassination files went public yesterday 54 years after the US President, John F Kennedy was assassinated by a bullet in Dallas by Lee Harvey Oswald. Oswald was killed only a few days after the assassination in the presence of police and adequate security. The excitement and apprehensions were no different than from the time the Subhash Chandra Bose Files were made public here in India.

Most of what was posted on the website of the National Archives and Records Administration was not entirely new. Only 53 of the 2,891 documents had never been released before. The rest had previously been released, with some information blacked out, and were made fully public.

That means about 3,000 documents remain secret in their entirety, and about 27,000 others remain partly hidden. Under the US President, Donald Trump’s order, those should be released in full by April 26 unless the intelligence agencies (FBI and CIA) make a compelling case to withhold portions of them. 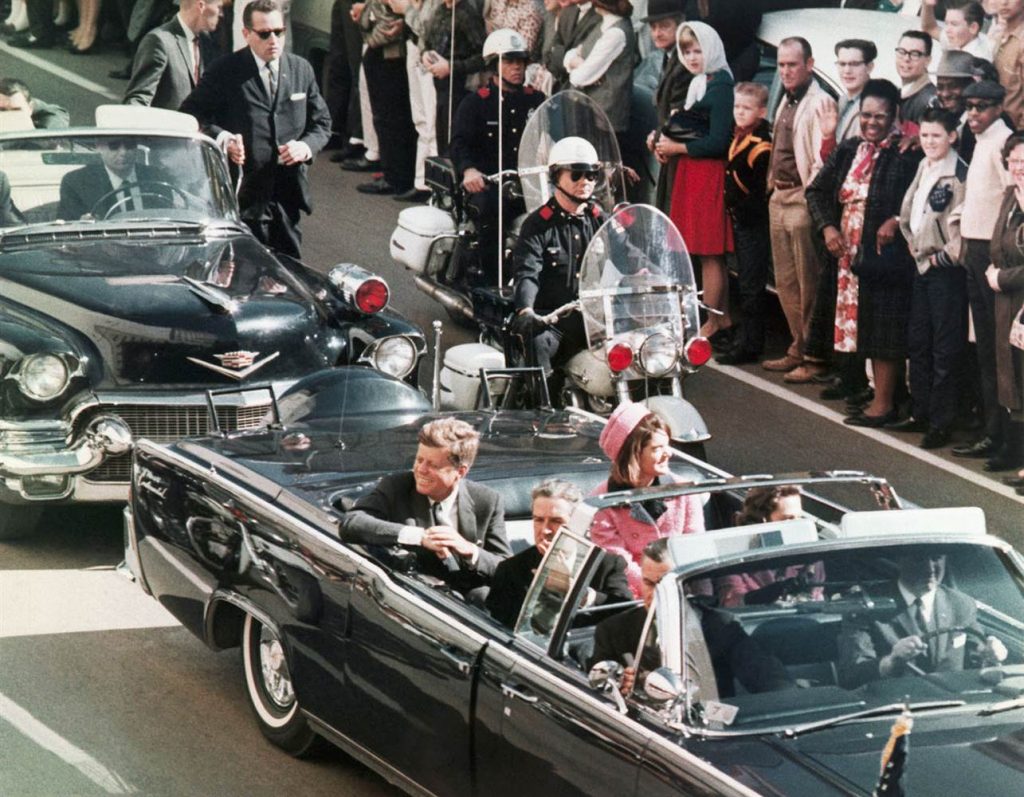 Now that reams of classified documents are out in the public domain the US media has been able to confirm only what seems like hitherto already-expected or known facts. Though some stand out for their bizarre nature. Here are some,

The CIA files have confirmed that Lee Harvey Oswald who killed Kennedy had some links with the Russians though his contact with a known KGB agent at the Mexican embassy. Though there are no clear indications that it was in regard to the JFK Assassination plot. Oswald had called up the embassy a day after the assassination.

The Russians had of course ‘disowned’ any links with Oswald worried that the US may attack them even under suspicion.

According to a source, the Soviets considered the assassination to be a coup attempt, part of a “well-organized conspiracy on the part of the ‘ultraright’ in the United States,” and believed it was not the action of a single person but a “carefully-planned campaign.” The memo notes that Russia rang church bells in Kennedy’s honor, and the source emphasized that Soviet officials were confident Oswald “had no connection whatsoever with the Soviet Union.”

“They [the Soviet source] described him as a neurotic maniac who was disloyal to his own country and everything else. They noted that Oswald never belonged to any organization in the Soviet Union and was never given Soviet citizenship,” the memo states.

Citing a “reliable” source, an FBI memo also claimed that the Soviet envoy to the UN, Nikolai Fedorenko, underscored that the Kremlin “preferred to have had President Kennedy at the helm of the American Government.”

Cubans however, were happy to know of the news of the President’s death though Fidel Castro made it clear that Cuba had nothing to do with the assassination. However, some of the papers have revealed the US plans to take down Castro in Cuba using gangsters. 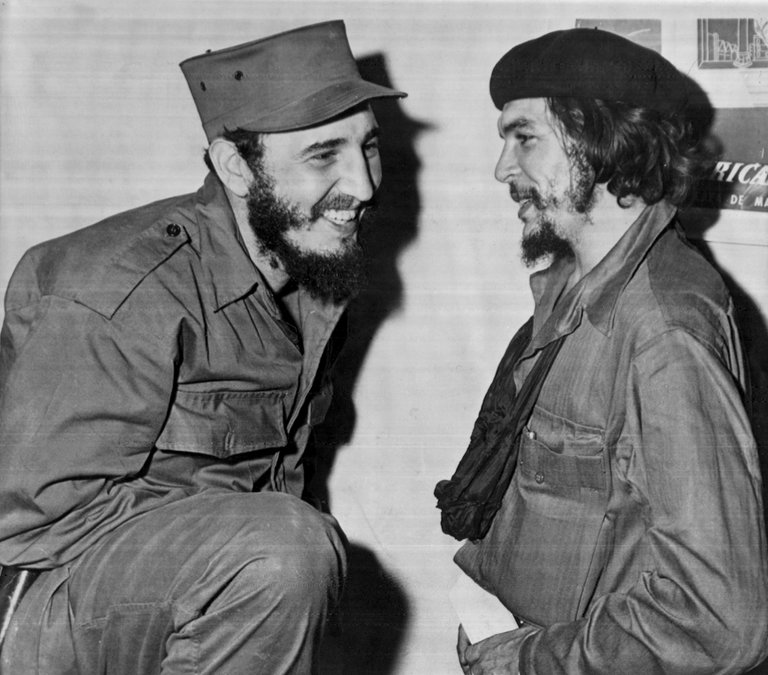 A 1975 report from the Rockefeller Commission marked “top secret” detailed the Kennedy administration’s plans to hire the mafia to assassinate Castro.

The CIA had even hired an intermediary to “approach Sam Giancana with a proposition of paying $150,000 to hire some gunman to go into Cuba and kill Castro,” according to the report. Giancana was a prominent Italian-American mobster in Chicago, and the report described Attorney General, Robert Kennedy‘s concerns that the plan would interfere with his prosecution.

“Attorney General Kennedy stated that the CIA should never undertake the use of mafia people again without first checking with the Department of Justice because it would be difficult to prosecute such people in the future,” the report said.

Another strange tale to emerge is that the US had declared a bounty of $0.02 for Castro’s assassination in Cuba!

The main objectives for the Operation Bounty were to overthrow the Cuban government and “to put pressure on Cuban Communists by creating distrust and disunity,” according to the document.

The US planned to drop a series of leaflets throughout Cuba informing citizens of the rewards and explaining the terms. The proposed payments ranged from $100,000 for government officials and $57,700 for “department heads.” Castro, however, appeared to merit a different reward.

“One final leaflet may be deemed advisable and that one announcing a .02¢ reward for the delivery of Castro,” the document said.

A couple of phone call tip-offs are among the most interesting that came out from the initial studies.

According to an FBI document, the first is a call that was made to a local British newspaper just 25 minutes before JFK’s death. It was made by an unknown person to a little-known local daily, Cambridge News asking the reporter on duty to make a call to the US embassy in London for a big news.

After the reporter learned of the assassination, he informed local police about the call, who passed the information along to MI5, Britain’s domestic security agency. MI5 then informed the FBI of the call, and described the Cambridge News reporter as “a sound and loyal person with no security record.”

The FBI appeared to take the information seriously — it was sent through to the highest levels of the agency, including then Director FBI, J Edgar Hoover.

The current staff of the Cambridge News appeared shocked after the document was released. The paper’s political correspondent Josh Thomas tweeted that staff will “get to the bottom of this.”

Scenes in the @CambridgeNewsUK newsroom this morning. We’ll get to the bottom of this #jfkdocuments pic.twitter.com/sWx5RNQdNZ

Another phone call that came just a few days after the assassination was to tell the FBI that Oswald would be killed.

This chilling news put the security forces on alert but, he still got assassinated even after the FBI informed the police team that was shifting him.

A document dated November 24, 1963, showed FBI Director J. Edgar Hoover addressing the death of Oswald at the hands of Jack Ruby. “There is nothing further on the Oswald case except that he is dead,” Hoover begins.

Hoover said the FBI’s Dallas office received a call “from a man talking in a calm voice,” saying he was a member of a committee to kill Oswald. He said they pressed the Dallas chief of police to protect Oswald, but Ruby was nevertheless able to kill the gunman. “Ruby says no one was associated with him and denies having made the telephone call to our Dallas office last night,” Hoover said. 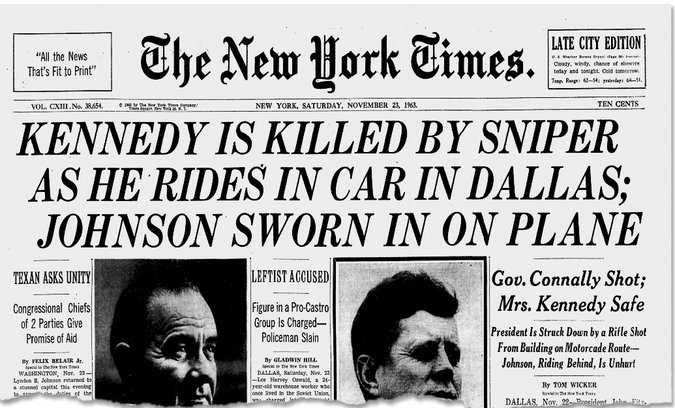 Hoover went on to say the FBI had evidence of Oswald’s guilt and intercepts of Oswald’s communications with Cuba and the Soviet Union. He said he was concerned there would be doubt in the public about Oswald’s guilt and that President Lyndon Johnson would appoint a commission to investigate the assassination.

The files may throw up more bizarre evidences and facts as more and more people pour through the archives and stumble upon facts or, maybe the public will get a better view once the still-classified documents are made public in April next year.

Whatever be the case, the papers that have been made accessible till now have not thrown light to the cause behind the bold assassination that has remained fresh in public minds for half a century and has been riddled with too many conspiracy theories and drama that was only possible in a bi-polar 1960s world. The fact that the story has been kept alive and active by Hollywood that has churned out umpteen dramas and pot boilers on this topic – each spinning-off a new conspiracy theory on, ‘who did it?’

Many also believe that the assassination was commissioned by the FBI and CIA and others think that the agencies were too deeply involved in their own anti-Communist conspiracies against USSR, Cuba, Vietnam and Korea and are too scared of having all the papers put up on public domain for the fear of being caught red-handed and left red-faced.

Anyhow, till such time when someone is able to spot a clue that was missed by the investigating agencies or till the rest of the unseen papers are out in April, the world will still have to wait for the unraveling of one of the most mysterious and dramatic murders of the last century.