Tral: At least three civilians were killed and seven personnel of 180 Bn CRPF were injured in a grenade attack followed by firing by unidentified militants near the Tral bus stand on Thursday. 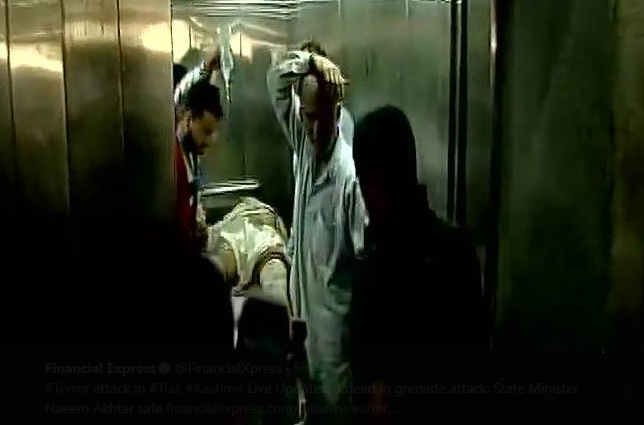 It’s been reported that the Road and Bridge Minister, Naeem Akhtar, was moving in carcade wherein unknown militants lobbed a grenade before his car, followed by firing.

Seven personnel of 180 bn CRPF and 10 civilians were injured in the firing. One civilian, a woman, has been declared dead.