The recent rise of petrol prices have caused much furore among the people. The price rise had ramifications across all sections of Indian society as daily commodities became expensive to compensate for the increase in diesel and petrol prices.

Nonetheless, the increase in prices has led to many people across the nation demanding an explanation from the government regarding the price rise and where their money is going. In response, the Petroleum Ministry released a statement to show the breakdown of the price of a litre of petrol in Delhi. 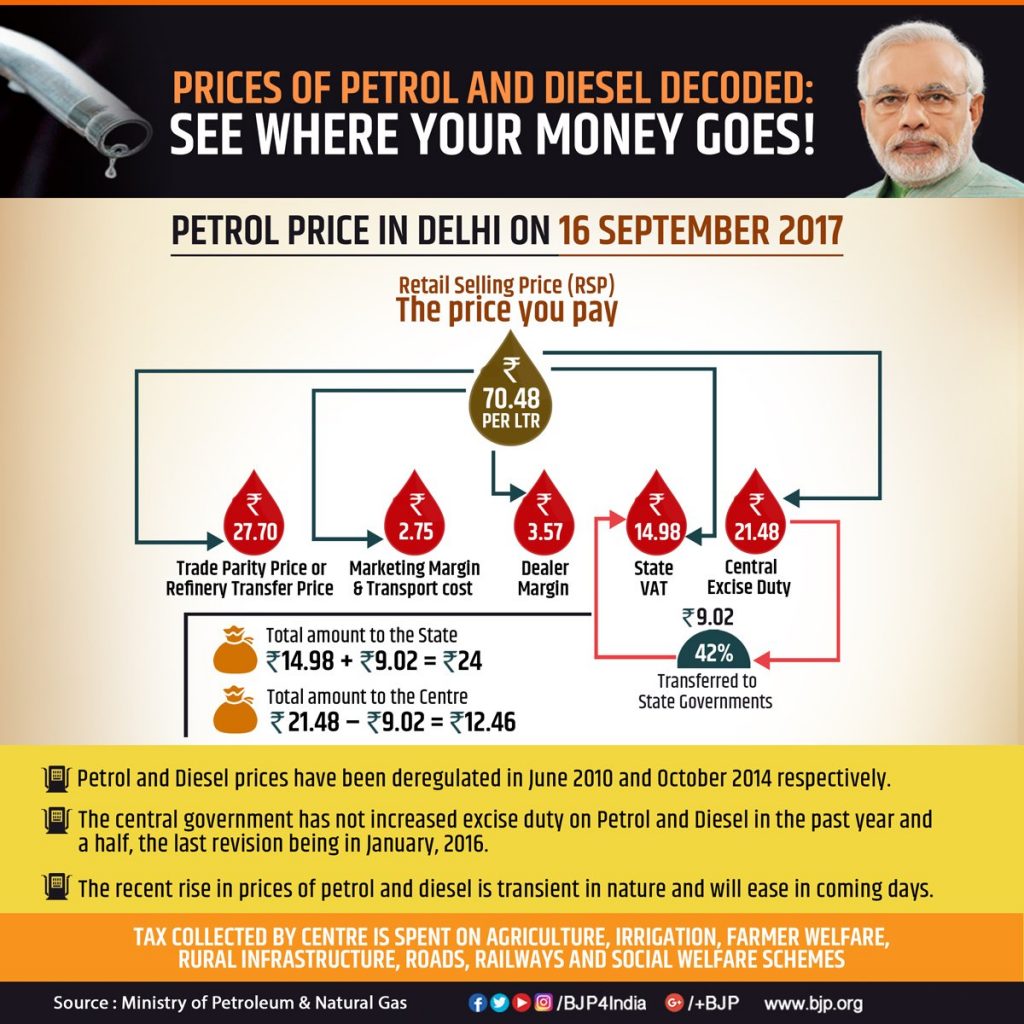 According to the statement by the Petroleum Ministry, the price of petrol is divided into two parts. One section is the price of fuel and the costs of marketing. The second section is the taxes and duties collected by the State and Central governments. According to the information provided, the cost of fuel and its marketing is overshadowed by the taxes collected by the government. A clarification is also made stating that the Central government has not increased the Central Excise Duty since January 2016, placing the onus of high prices on the variations in the taxes charged by State governments.

Additionally, there is also a statement that the increase in prices is transient and will ease soon as global fuel prices stabilize.