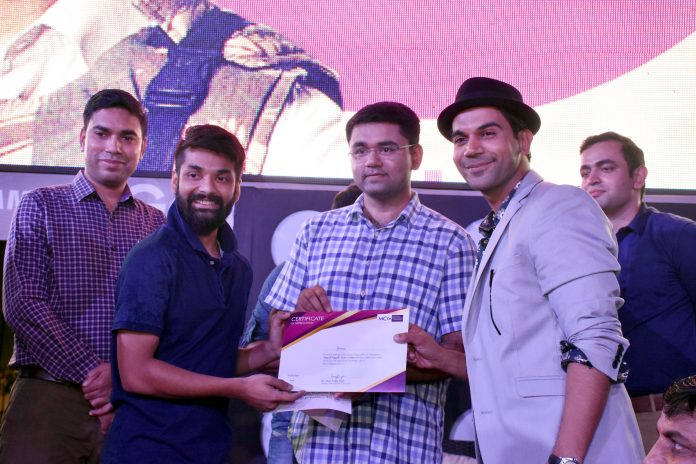 Appealing the citizens of Gurugram to vote, Shri Vinay Pratap Singh, IAS, Deputy Commissioner, Gurugram said, “The success of elections directly depends on the active participation of the citizens in it. It’s a noble duty of every citizen of Gurugram to participate in the elections and cast their vote. He urged the present audience to use their discretion to assess every candidate and cast their vote for the right candidate; fearlessly and devoid of any bias.”

Stressing on ‘voting’ as the foremost responsibility of a citizen, Rajkummar Rao said, “I grew up in Gurugram and have a strong sense of belongingness to the city. I am here to make an appeal to the all the citizens of my city, especially the first-time voters to come forward and participate in the upcoming Municipal Corporation elections to be held in the city on Sunday, September 24, 2017. It’s the foremost responsibility of a citizen to participate in elections by casting their vote for the right candidate, for a smooth and healthy functioning of a democracy.” 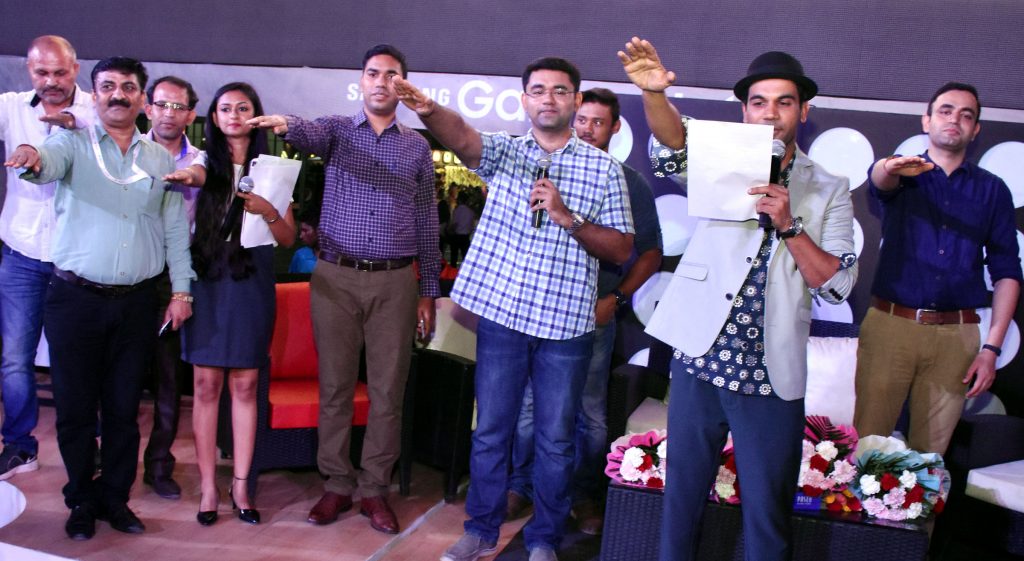 The actor Rajkummar Rao also conducted a quiz for the present audience. The winning individuals were offered a certificate signed by Shri Vinay Pratap Singh, IAS, Deputy Commissioner, Gurugram and got an opportunity to click a selfie with the actor Rajkummar Rao. Cut-outs with interesting election messages were arranged at the event for the audience to get themselves clicked with. Election Tau was also present at the event to interact with the audience.

A slew of activities is being organized by the District Administration to sensitize citizens of the city around elections including the recent launch of a mobile app, ‘VOTE4MCG’. Other activities include elections and voting related hoardings, unipoles and billboards across various sites in the city, scheduling on two Election LED Vans, Election related displays on ATMs and Movie Theatres, On ground events like Raahgiri themed around elections and voting, activation in schools, colleges and Anganwadis amongst others. A special drive to encourage youth and young voters to participate in elections is being organized.