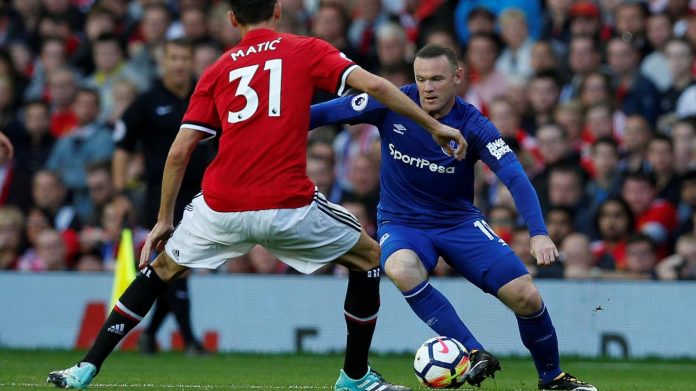 Three goals in the last 10 minutes helped Manchester United move into second place with a 4-0 win over Everton. The Premiership Title race has heated up already with Man City covering up the goal difference of Man United with the 5-0 victory against Liverpool last week. 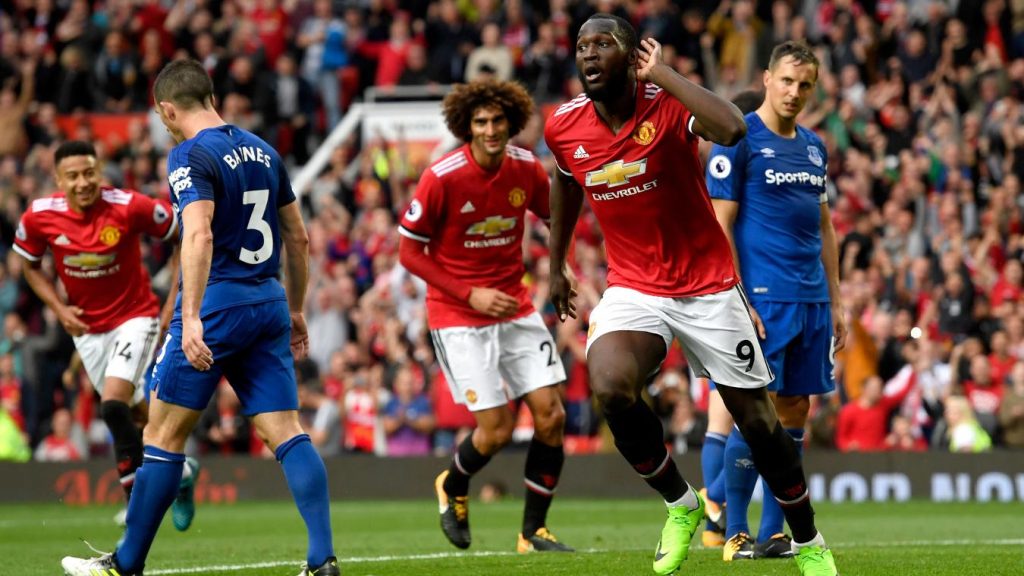 United took the lead thanks to a spectacular rising half-volley strike by Antonio Valencia.

The Ecuadorean defender half-volleyed Nemaja Matic’s crossfield pass into the roof of the net from just outside the area on four minutes.

Wayne Rooney, facing his former club for the first time after the transfer, dragged a shot wide for Everton in the first half and was denied by David De Gea at the start of the second half.

Lukaku made up for a missed chance on 26 minutes with an 87th-minute effort from close range.

Anthony Martial then converted a stoppage-time penalty awarded for a handball by Morgan Schneiderlin.

Their fourth win of the campaign takes United level on 13 points with leaders Manchester City. Everton are 17th.