Home Home Slider Primetime Emmy Awards: Everything you need to know about the favourites this... 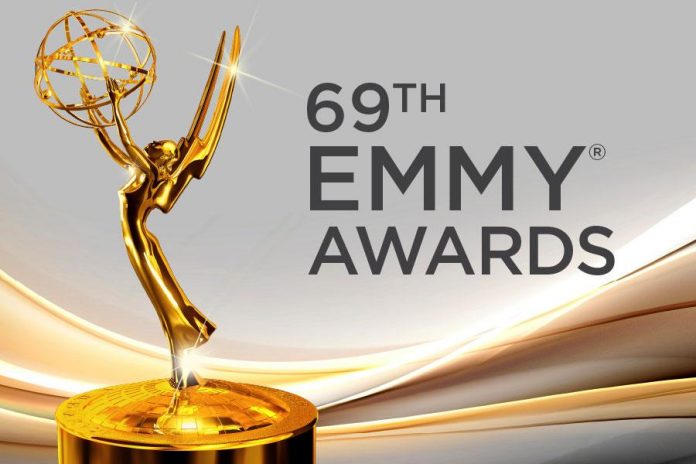 The 69th Primetime Emmy Awards are going to be held on 17th September and for that special night we have compiled a list of favourites in each of the top 6 categories this year. Sadly Game of Thrones which has been ruling the Emmy Awards night for the last six season won’t be eligible for any awards this season as Emmy Awards will honor the best in U.S. prime time television programming from June 1, 2016 until May 31, 2017 and Game of thrones premiered on July 16, 2017.

But other than this there is a lot to look for the awards this year. With Stephen Colbert hosting the show this year there is not going to be any shortage of entertainment in the star studded night which will honour the best in television for the year 2017.
With HBO(46 nominations) and Netflix(27 nominations) networks having most of the nominations between them it makes it very interesting who will take home the big awards on the award night.

The following are the nominees in the top 6 categories of the award night and the favourites among them who are likely going take the Primetime Emmy Awards.

Westworld and Stranger Things won 5 awards at Sunday night’s Creative Arts Emmys, making both the shows one of the big favourites to win the award in this category. The other favourite being The Crown which was widely expected to win more Creative Art Emmys, only won two. It is to be seen if the show can repeat its Golden Globe award win in this category.

Modern Family which has won this award in the past but the eighth season doesn’t seem to have the same appeal this year’s award shows. The show has been nominated in this category for the past eight years straight.

Black-ish is a dark horse and is the kind of a show that just cannot be ignored, but an award looks very unlikely. Fingers crossed though.

This is the only category where no one wants to throw their bets on.It is going to be a tight race between Kevin Spacey who took the award in 2015 along with Bob Odenkirk, Matthew Rhys, Liev Schreiber also being favourites.

This category is a two horse race between Claire Foy who wo the Gloden Globe for this category and Elisabeth Moss who in The Handmaid’s Tale gave her best performance surpassing her performance as Peggy on Mad Men.

Viola Davis who won the award in this category in 2015 neither seems to be the bookmakers or the critic favourite this time due to the reception of the third season of How to Get Away with Murder despite delivering a noteworthy performance.

The credit list for Donald Glover for his show Atlanta is long. It is a show created, stars and even performs musically in the show. Surely votes swing for such an effort can be foreseen.
abaut another front runner that the bookmakers are keeping in contention is Aziz Ansari from the show Master of None. For the second season of the show, Ansari had put in some serious extra effort to learn Italian for a plot in the story.

Be it the bookmakers or the critics, there seems to be only one front runner and that’s Julia Louis-Dreyfus. Looks like the actress is going to take award this year as well. The actress has made the award in this category her own as she has been winning it for the last five years and there is no reason to believe why she won’t this year as well. The streak looks strong and unbreakable at least for now.