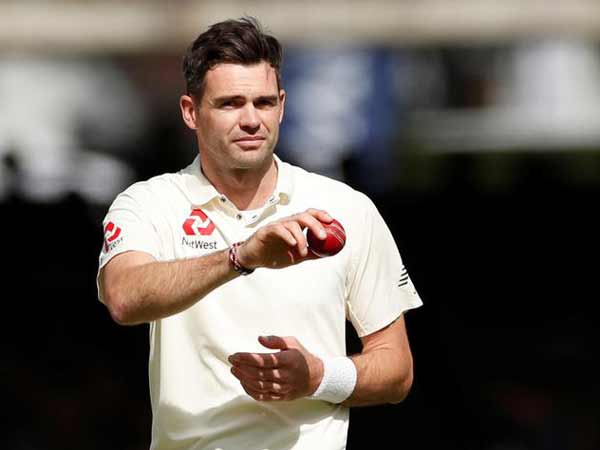 In the latest ICC Rankings for Test bowlers, Anderson grabbed the top spot after his superb effort in the third and final Test at Lord’s helped England win by nine wickets to seal a 2-1 series victory over the Windies.

The 35-year-old’s career-best figures of seven for 42 in an innings and a match haul of nine wickets see him overtake Jadeja, who he now leads by 12 points.

Anderson, who was the top-ranked bowler in August 2016, has reclaimed the spot to become the oldest bowler to be number-one ranked since Sri Lanka spinner, Muttiah Muralitharan in July 2009 and the oldest pace bowler to be at the top since Australia’s Glenn McGrath in January 2006.

The right-arm pacer became the first England cricketer to take 500 wickets when he bowled Kraigg Brathwaite for four on the second evening of the Lord’s Test last week.

He became the sixth bowler overall and third paceman in history to take 500 Test wickets.

Anderson became England’s leading wicket-taker in Test cricket when he passed Ian Botham’s mark of 383 wickets in the Caribbean in 2015.