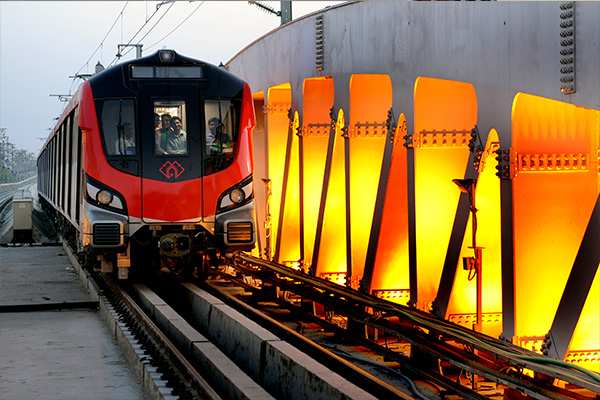 Today was the first day of Lucknow metro when hundreds of people were stuck in the train, all the passengers including school children were also stuck for over an hour without air condition or lights. An official said the problem was a technical one linked to a “traction pump” but did not elaborate.

The team of Lucknow Metro Rail Corporation helped the passengers to deboard the train through an emergency exit after the train stopped between Mawaiyya and Durgapuri stations.

The metro was inaugurated by Uttar Pradesh Chief Minister Yogi Adiyanath and Home Minister Rajnath Singh. Former Chief Minister Akhilesh Yadav disparaged the failure on twitter, posting, “The Lucknow Metro had been built and was ready for a while now… The union government, via the Commissioner of Metro Rail Safety (CMRS), took such a long time to give the No-Objection Certificate (NOC)… despite that, the metro failed on the first day!” The metro route that has opened today covers 8.5 km’s and was built over two years while Mr. Yadav was in power at a cost of about 6,800 crores.