Home Home Slider Kangana opens up on speaking about Hrithik 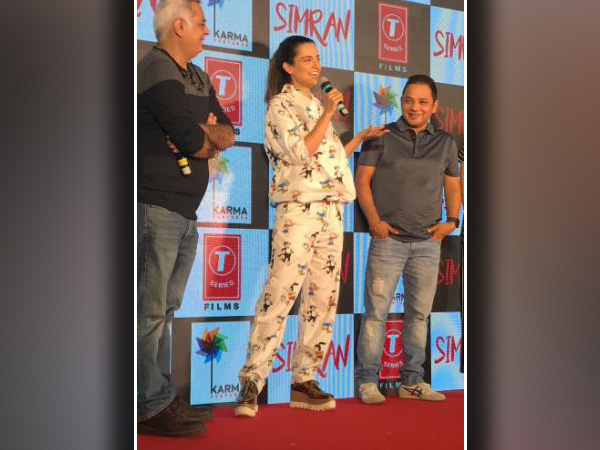 Kangana Ranaut is known for giving a solid comeback whenever she is asked about her controversies.

At the song launch of ‘ Simran’ in Mumbai, Kangana was asked why she always talks about Hrithik Roshan and Karan Johar in her interviews.

The actress noted, “They still ask me about Aditya Pancholi also. Back then I was 16 and now I am 30. I am not one of those who will manipulate, I will answer every question. if I answer also people have a problem and if I don’t answer then also people have a problem. I am not someone who will go round and round. If you ask me a question, I will give you an answer, I don’t understand what to say or not to say then! The best solution would be not to call me for interviews, so everybody is quiet, and the problem will be solved.”

The ‘ Queen’ star was also asked if she is single and she replied back saying, “I have answers to everything but this question.”

It should be noted that the Kangana-Hrithik battle was one of the most talked-about events of 2016.

From the former referring him as “silly ex” to the latter slapping a legal notice, everything about their case was an open book for the gossip-mongers to talk about.

In her upcoming film, Kangana plays the character of Praful Patel, a housekeeper who gets embroiled in a crime.

The movie, which is directed by Hansal Mehta, is all set to hit the theatres on September 15.