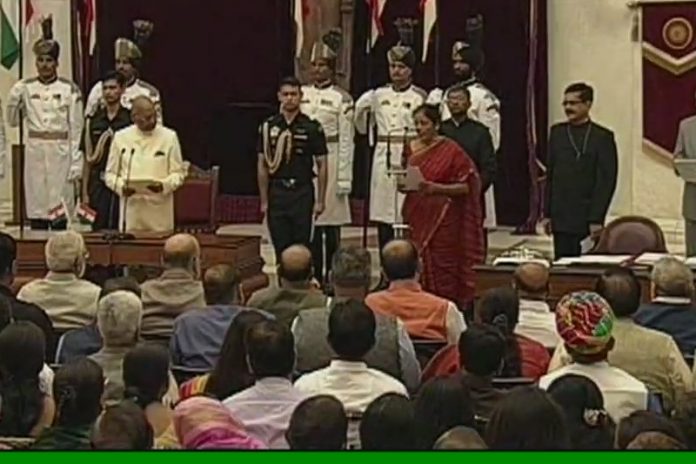 The much-awaited Cabinet Reshuffle just got over at the impressive Rashtrapati Bhawan. The ceremony that was presided over by President Ram Nath Kovind this morning.

A total of nine new faces have joined the Union Cabinet, four of them being former civil servants with proven track records. Among the four there is one retired top cop, two former bureaucrats and one retired diplomat. Team Modi team now also includes, are three Brahmins, two Rajputs, one Dalit, one Jat, one Christian and one Sikh.

This was the third major Cabinet reshuffle in three years for Team Modi. 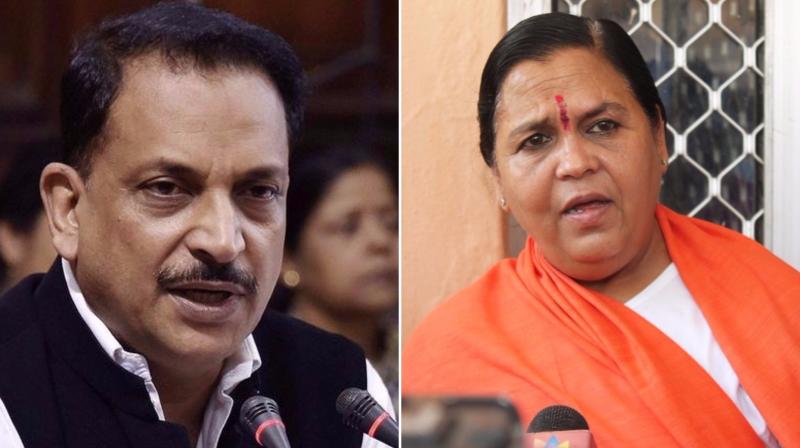 Piyush Goyal, the Minister of State with Independent Charge for Power, Coal, New and Renewable Energy and Mines, was also sworn-in as a Cabinet minister. He had brought about a turnaround in power production and delivered on the government’s plan to electrify villages.

Following a mega Union Cabinet reshuffle, the Prime Minister Narendra Modi congratulated the ministers, who have taken oath today and said that their experience and wisdom would add immense value to the Council of Ministers.

He took to Twitter and said, “I congratulate all those who have taken oath today. Their experience & wisdom will add immense value to the Council of Ministers.”

I congratulate all those who have taken oath today. Their experience & wisdom will add immense value to the Council of Ministers.

“I congratulate my colleagues @dpradhanbjp, @PiyushGoyal, @nsitharaman and @naqvimukhtar on joining the Union Cabinet,” he further tweeted.

I congratulate my colleagues @dpradhanbjp, @PiyushGoyal, @nsitharaman and @naqvimukhtar on joining the Union Cabinet.

Other ministers who were handed over Cabinet births are:

Shiv Pratap Shukla: Rajya Sabha MP from Uttar Pradesh, is also Member of the Parliamentary Standing Committee on Rural Development. A Law Graduate from Gorakhpur University, Shukla started off early in politics as a student leader in the 1970s. 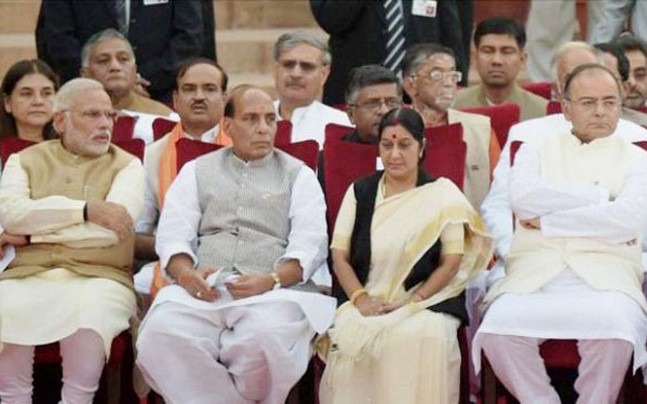 Ashwini Kumar Choubey: Lok Sabha MP from Buxar, Bihar, is a member of the Parliamentary Committee on Estimates and Standing Committee on Energy. He is also a Member of Central Silk Board.

Virendra Kumar: Lok Sabha MP from Tikamgah, Madhya Pradesh, he has had a distinguished career in Public Service and as a six term Lok Sabha MP. Highly qualified academically, Virendra Kumar is an MA in Economics and a PhD in Child Labour.

Anant Kumar Hegde: Lok Sabha MP from Uttara Kannada, Karnataka, he is a Member of the Parliamentary Standing Committee on ExternalAffairs and Human Resource Development.

Raj Kumar Singh: Lok Sabha MP from Arrah, Bihar. He is a Member of the Parliamentary Standing Committees on Health and Family Welfare, Personnel, Pensions and Public Grievances and Law and Justice. Raj Kumar Singh is a former IAS officer of the 1975 batch, Bihar cadre. He rose up the ranks to becomethe Home Secretary of India.

Hardeep Puri: A decorated former IFS officer of the 1974 batch, known for his experience and expertise in foreign policy and national security. He is the President and Chairman of Research and Information System for Developing Countries (RIS) think tank, and was Vice President of International Peace Institute, New York.

Gajendra Singh Shekhawat: Lok Sabha MP from Jodhpur, Rajasthan, he is a Member of the Parliamentary Standing Committee on Finance and Chairperson of the Fellowship Committee. As a technology-savvy, progressive farmer, Shekhawat is a role model for the rural community. He has an MPhil & MA in Philosophy from Jai Narain Vyas University, Jodhpur.

Satya Pal Singh: Lok Sabha MP from Baghpat, Uttar Pradesh. He is a Member of the Parliamentary Standing Committee on Home Affairs and Chairperson of the Joint Committee on Offices of Profit. He is a distinguished former IPS officer of the 1980 batch, Maharashtra cadre, and has been decorated with the Antrik Suraksha Sewa Padak a Special Service Medal among others. Born in Basauli village in Baghpat, Singh has a MSc and MPhil in Chemistry, MBA in Strategic Management from Australia, MA in Public Service.

Alphons Kannanthanam: A distinguished former IAS officer of the 1979 batch, Kerala cadre, he is also a practicing advocate. He became famous as Delhi’s Demolition Man when he was Commissioner of the Delhi Development Authority, having cleared DDA areas of encroachment removing around 15,000 illegal buildings. This got him listed in Time Magazine’s list of 100 Young Global Leaders in 1994. Kannanthanam retired from the IAS, to get elected as an Independent Member of Legislative Assembly for Kanjirappally in Kerala from 2006 to 2011.

There are 49 parties under the National Democratic Alliance (NDA) umbrella today, most of which did not find a place in the new team.

Unhappy over this, the Shiv Sena, Bharatiya Janata Party’s (BJP) ally in Maharashtra, and the Janata Dal (United) (JD(U)), the ally in Bihar, did not participate in the morning’s ceremony.

Prime Minister Modi is scheduled to leave for China wherein he would attend the BRICS Summit.