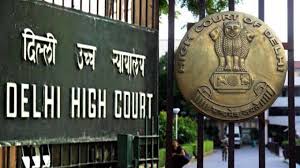 The Delhi High Court on Wednesday adjourned the plea filed by an NGO on making marital rape as a criminal offence till September 4. Senior Advocate Colin Gonsalves appearing for the petitioner NGO RIT foundation, during his arguments read out judgments of United States Court, European Union Court and Nepal Supreme Court, which have criminalized marital rape.

Petitioner’s lawyer told the court that “in 2001, Nepal Supreme Court said husband can rape wife after marriage is to deny independent existence to women as marriage is not meant to turn women into slaves”.

Meanwhile, acting Chief Justice Gita Mittal also pointed out judgment of Philippines Supreme Court which had said, “sexual intercourse with use of force is criminal even in a marriage.”

The other NGO HRIDYA representing men expressed apprehension that if marital rape will be criminalised there would be chances of alleged misuse of gender laws.

A court on August 28 had allowed the intervention application by NGO, Men Welfare Trust.

The NGO representing the Men Welfare Trust is opposing the plea on the ground that the issue will affect a large number of men, who are vulnerable in getting victimised by women, who at times file false rape and domestic violence.

Earlier responding to the plea seeking marital rape should be criminalised, Centre filed an affidavit and submitted that any legal change needs to be ensure that marital rape is properly defined as it may destabilise the institution of marriage.

Centre, in its written submission, reiterated that there needs to be broad base consensus on what constitutes marital rape ‘since what may appear to be a marital rape to a wife may not appear to others’