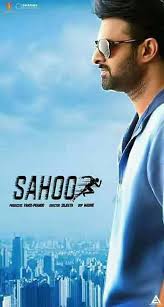 The team of film “Sahoo” got even bigger as more great actors were roped in as the cast of the film.The trilingual film will star Prabhas and Shraddha Kapoor in leading roles. While it was a known fact that the film also stars Neil Nitin Mukesh, the new additions to the cast have come up as a surprise.

The star cast of the film has also got big names like Jackie Shroff, Chunky Panday, Mahesh Manjrekar and Tinnu Anand.

Son of veteran filmmaker Vijayakumar, actor and playback singer Arun Vijay will also be a part of the ambitious project. The leading star of the Tamilian film industry, who is known for his remarkable performances down South, will be seen sharing screen space with the ‘Baahubali’ fame Prabhas.

The power-packed star cast of the film is bound to pique the interest of the audience raising the anticipation even higher.

‘Saaho’, which is Prabhas‘ ambitious hi-tech action drama, has already kick-started shoot and it is being shot in three languages, Hindi, Tamil and Telugu, simultaneously.

The teaser of the film was released with ‘ Baahubali: The Conclusion‘ and looked spectacular. ‘Saaho‘ will showcase high-octane action sequences for which the makers have roped in a world-acclaimed action choreographer.

Written and directed by Sujeeth, the film is produced by Vamsi and Pramod of UV Creations and will hit the screens next year.