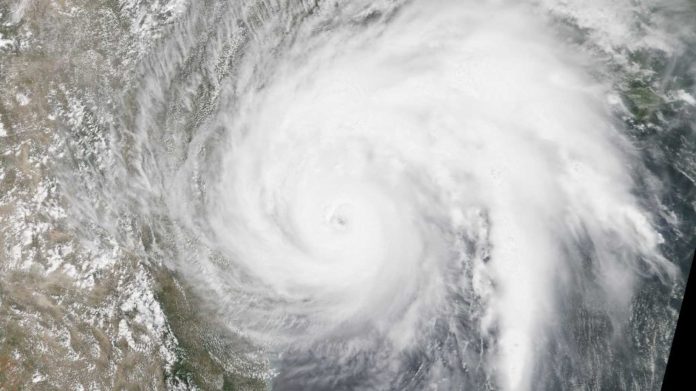 The Hurricane Harvey-Category 4 storm struck South Texas late on Friday, knocking down trees, power poles and signs, but forecasters predicted that water levels will still rise as torrential rain and blasting winds would continue over the next few days.

The hurricane made landfall Friday night, with the National Weather Service reporting that a storm surge could reach upwards of 13 feet with winds reaching up to 130 miles per hour and as much as 40 inches of rain by Wednesday.

“The powerful Harvey initially reached land by 11 p.m.between Port Aransas and Port O’Connor, Texas, with the then-Category 4 storm packing winds of more than 130 miles per hour. As it moved over land, Harvey gradually lost some of its punch and by 6 a.m. was downgraded to a still-dangerous Category 1 hurricane with winds at 90 miles per Hour, the CNN quoted the National Hurricane Center statement, as saying.

Forecasters have said it will be devastating and leave areas “uninhabitable for weeks or months.”

President Trump has announced that he had signed a disaster proclamation for Texas, granting the state federal aid as Hurricane Harvey makes landfall.

“At the request of the Governor of Texas, I have signed the Disaster Proclamation, which unleashes the full force of government help!” Trump tweeted.

Meanwhile,the Department of Health and Human Services (HHS) said it had summoned 460 National Disaster Medical System staff including doctors and nurses for the storm.

The Centers for Disease Control also said it had prepared two 250-bed Federal Medical Stations in Baton Rouge, La., that could be deployed to other locations.

The storm is Trump’s first major natural disaster in office and will be the first major hurricane to hit the U.S. since 2005.

The president is closely monitoring the storm as it approached the U.S.