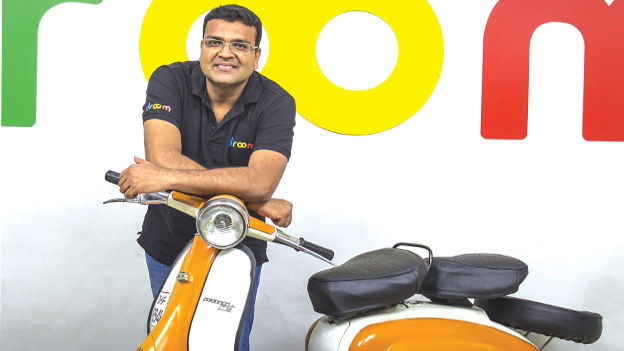 New Delhi [India]: Two-wheeler sales figures of Droom, India’s largest and pioneering online automobile transactional platform, comprised a whopping 44 percent of its overall sales in a report analysis for the end of Q2 of the financial year 2017-18.

While Bajaj emerged as the most popular bike brand with 29 percent of buyers opting for its bikes, Honda and Yamaha ruled the charts when it came to scooters, securing 59 percent of the total scooter sales between them. Cumulatively, Bajaj, Honda, and Yamaha were the three most popular brands in the two-wheeler category.

In the superbikes segment, Harley Davidson, KTM and Hyosung sped ahead of the others. The average price of two-wheelers hovered round the Rs. 30,000-40,000 mark, with an average price of scooters at Rs. 31,564 and bikes at Rs. 40,208 respectively.

“Two-wheelers are extremely popular in India and the market is constantly flourishing. This year as well, Droom saw a significant portion of its overall sales, 44 percent to be precise, dominated by the two-wheeler category. Out of this, 18 percent traction was from the scooter sub-category,” said, founder and CEO, Droom Sandeep Aggarwal.

Interestingly, black emerged as the most favourite colour of customers purchasing bikes, with 44 percent buyers opting for the same followed by twenty percent for white.

While Delhi, Pune, Mumbai, Bangalore, and Ludhiana topped the charts with the highest number of vehicles sold, emerging cities such as Ahmedabad, Jaipur, Ghaziabad, Agra, and Hyderabad gave them a stiff competition.