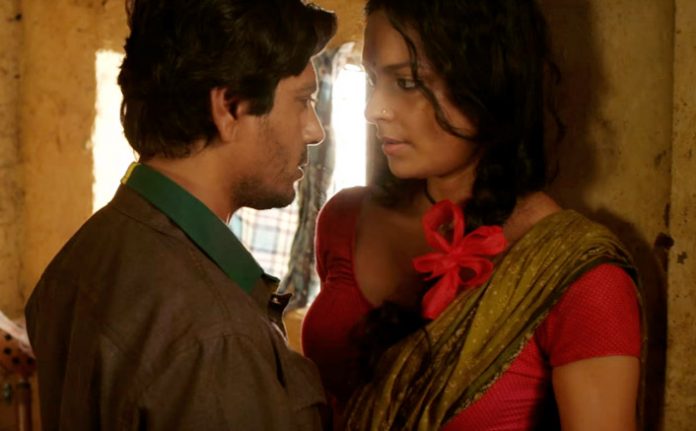 Is a crime thriller based in badlands of UP. With a rustic feel of Anurag Kashyap and Tigmanshu Dhulia kind of cinema,this one boasts of twists and turns akin to Abbas Mastan thrillers and has all the masala of bollywood aka love, sex and dhoka.

The plot and story revolves around a contract killer played by Nawaz.To spice up his story are angles of dirty politics,goons,passion,love,betrayal, double cross and revenge.

While Ghalib Asad Bhopali has done a good job of writing a story that is interesting, director Kushan Nandy has done a pretty neat job with all that authentic feel and look of UP badlands. The locations, the looks, the accents seem to be pretty much in place. But the highlight of the movie is definitely its stellar star cast.

The film starts on a boombastic note introducing us to quirky, kinky and trigger happy characters. It has our immediate attention and intrigue. The film comes across as a perfect and taut entertainer with good music, good dialogues ,dark humour, style albeit a crude one,and of course a lot of blood and gore.

The first half of the film is power packed and is intermitted on a surprising twist.
While the second half continues to hold our attention, it sags in terms of substance with its endless surprise twists and sagas of double cross. Inspite of all the endless violence,the immorality, the film ends with a subtle message of futility of all this and proves ” What goes around , comes around ”

Nawazuddin, the actor who is capable of drawing the audience just on his credibility plays upto expectations.Though he has not outdone himself considering he’s set the bar too high with his earlier performances and his character has a lot of shades of his own earlier characters like in GOW and Raman Raghav,its a delight to watch him every time.
The way he balances the ruthless killer, the ethical goon, the lover is superb.
Jatin Goswami as the second lead matches upto Nawaz throughout the movie which is a feat in itself.

Bigita Bag is superb as the firebrand cobbler and surprises us with the ease with which displays the boldness of her character.
Other actors like Divya Dutta ,Anil George as the politicians, Bhagwan Tiwari as the police man , are all as much to be credited for their fine performances.

This movie might not be something that we haven’t seen before, but you cannot take away what it’s worth.
It might not be as qualitative as GOW or as black as Raman Raghav ( thankfully) but somewhere it does manage to hold our attention and entertain us.
It might show the crudeness of characters without flinching but for a change the men and women seem to have an equal footing.

I must mention here that this film is for those who do not mind their cinema with violence, crudeness, and the darker side of humanity. I found it worth , specially with all those performances thrown in.