Home News For Kids ‘Doomsday Vault’ to protect precious data in the event of a Global... 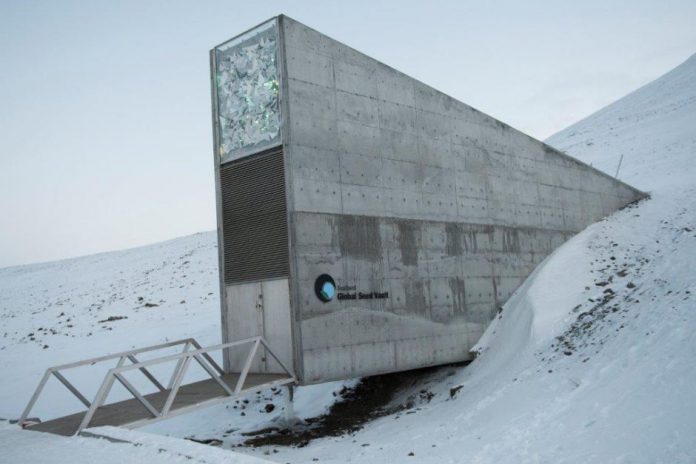 All around the globe the Governments, corporations, and even individuals concerned about losing valuable data in the event of a cataclysmic disaster can now be at ease, all thanks to the recently opened Arctic World Archive. It is located 300-meters (984-feet) below the ground inside an abandoned coal mine in Svalbard, a Norwegian archipelago between mainland Norway and the North Pole, the “Doomsday Vault” is equipped to keep all the information safe in the unfortunate event of a natural or man-made catastrophe. The Doomsday Vault, which was launched on March 27, is located in the same mountain as the Svalbard Global Seed Vault, a non-profit repository to protect the world’s seeds. It is a collaboration between Norwegian state mining company SNSK and tech company Piql, which has developed this technology to store data offline in a non-digital manner by transferring it onto long-lasting photosensitive film.

Piql founder Rune Bjerkestrand says, “Film is an optical medium, so what we do is, we take files of any kind of data — documents, PDFs, JPGs, TIFFs — and we convert that into big, high-density QR codes.”

Once they are printed, the physical rolls cannot be edited and are also not susceptible to cyber attacks like digitally-stored data. Clients wishing to access their data can either scan the film with one of the company’s scanners or use a magnifying light to capture it with a camera. Interestingly, the resulting images can be used to reconstruct the data. The facility is strong enough to survive even a nuclear attack, the underground mine maintains the perfect temperature and level of humidity to store the film. The company asserts that thanks to the ideal conditions, the data will remain preserved for anywhere from 500 to 1000 years!

The company’s current clients include the governments of Mexico and Brazil. Mexico is using the “Doomsday Vault” to store historical documents dating back to the Inca civilization, while Brazil is safeguarding documents relating to the Constitution. While these are important documents to save for future generations, Piql is willing and able to store any kind of data, from meteorological observations to manufacturing plans and even classical literature.

Though the company does not reveal the cost, Katrine Thomsen, project manager for the Arctic World Archive, says, “In the long-term, our solution is much more affordable than other digital storage solutions, where people have to migrate the data all the time.”